As the launch of The Last Dance documentary on ESPN has demonstrated, Michael Jordan was insanely valuable to the Chicago Bulls. Not that we really needed the reminder, but it can be easy to forget just how much of a laughingstock the Bulls were before Jordan's arrival. As the documentary noted, an exhibition soccer team from Chicago State was drawing in bigger crowds than Bulls games were.

But Jordan turned the franchise around. He helped lead the Bulls to six wins in eight seasons, bringing in millions, if not billions of dollars. Yet when you look at his overall body of work, you notice he was severely underpaid. Jordan made $93.7 million during his NBA career, with more than two-thirds of that salary earned in his final two seasons in Chicago.

Of course, Jordan has done quite well for himself, amassing a net worth of $2.2 billion today. It's still crazy to see some of the names ahead of him in the highest oncourt earners list, though. Here's a look at 10 surprising players who made more in the NBA than Michael Jordan.

Erick Dampier never averaged more than 12.3 points in a season. In fact, he only averaged double figures in two of his 16 seasons. He never made an All-Star team, either. And he never won a championship, though he came close a couple of times. He reached the Finals in 2006 with the Dallas Mavericks, losing to the Miami Heat. Then, in 2011, things flipped and he lost with the Heat against the Mavericks. Though he had far less success on the court, he did beat MJ at one thing: career earnings.

Michael Redd was one of the better scoring guards of the 21st century. At his peak, he averaged at least 21.2 points six years in a row, averaging a career-high 26.7 points during the 2006-07 season. Redd's biggest issue was staying healthy. He only played in six games his rookie season, and his career ended with a hobble, too. Redd managed just 112 games over his final four seasons, retiring at 32 years old. His final three injury-plagued seasons in Milwaukee were also his most lucrative – he earned about $51 million for playing in just 61 games.

Jalen Rose was one of the members of Michigan's "Fab Five." Though he never excelled in the NBA, he still had several productive seasons, helping lead the Pacers on some deep playoff runs during the late 90s, culminating in an NBA Finals appearance in 2000. Rose even ended up on the Bulls for three years, earning a little more than $12 million during his final season with the team. That's a higher yearly salary than MJ got in his first 11 years in Chicago. That Bulls team finished 30-52, good for 12th in the Eastern Conference.

The Vancouver Grizzlies took Bibby with the second pick of the 1998 NBA Draft, which helped him make a solid living right out of the gate. After three years in Vancouver, he joined the Sacramento Kings and was a member of the exciting team that battled the Lakers in the 2002 Western Conference Finals. Though Bibby made the All-Rookie First Team, he never made an All-Star or All-NBA Team. Still, he had a productive 14-year career. Bibby's most lucrative season was 2008-09, when he made $14,983,603 with the Atlanta Hawks. 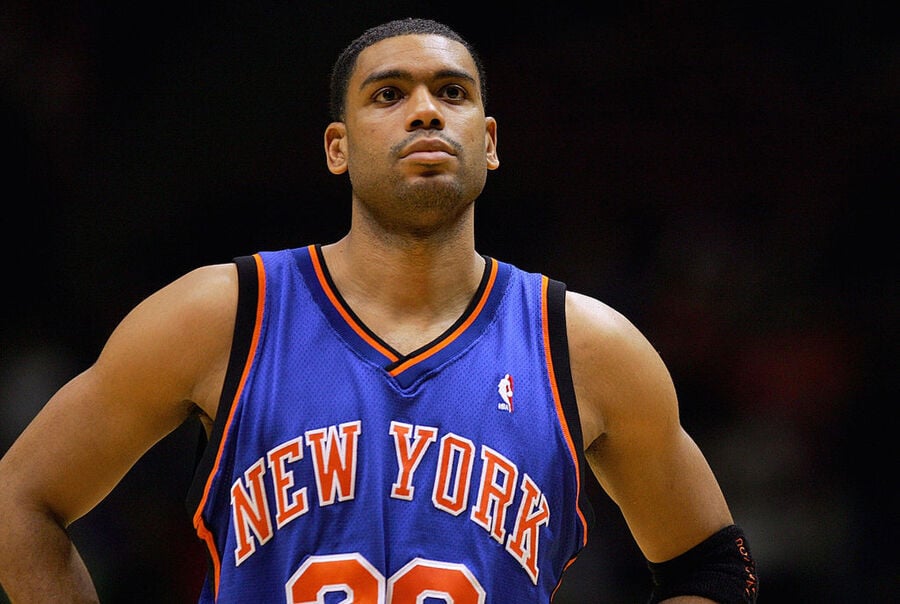 Antoine Walker only played a dozen years in the NBA and retired at 31, yet still cleaned up very nicely. After his rookie deal, he made at least $6.88 million every year, with stops in Boston, Dallas, Atlanta, Miami, Minnesota, and Memphis. Walker also never met a shot he didn't like. He once told reporters that the reason he shot so many three-pointers was because there wasn't a four-pointer. It's a great quote, though Walker's tale is a precautionary one, too. Despite making more than $108 million, Walker eventually went broke while living a lavish lifestyle.

Yep, even MJ's number two made almost $20 million more than he did, though Pippen earned the bulk of his money after he left Chicago. The Bulls offered him a seven-year, $18 million contract in 1991. Though it was fair at the time, Pippen soon outperformed the deal and the Bulls refused to give him a raise. So Pippen went elsewhere, inking a five-year, $67.2 million deal with the Houston Rockets. Then 33 years old, was already on the decline of his career, but at least he eventually got paid.

Brian Grant never put together a season that blew you away, but he did have a fairly productive career overall, finishing with averages of 10.5 points and 7.4 rebounds. Grant also made a huge jump from his rookie deal. In the summer of 1995, he had just made $808,000 during his first NBA season. Ten years later, he was about to make just over $16 million.

To casual fans especially, Lamar Odom might be better known as the ex-husband of Khloe Kardashian. After his final NBA season, Odom was arrested for a DUI. Two years later, he suffered kidney failure and multiple heart attacks and strokes, leaving him in a coma. Odom was placed on life support before regaining consciousness. Odom later acknowledged the end of his basketball career happened quicker than it probably should have due to his drug use. During his prime, he was a productive player. In seven seasons with the Los Angeles Lakers, he averaged 13.7 points, 9.5 rebounds, and 3.7 assists, adding two championships and a Sixth Man of the Year award.

What's more impressive – that Allan Houston made this much money despite just playing in the NBA for 12 seasons, or that he made more than a quarter of these earnings for playing in just 20 games? Houston began his career in Detroit and made $2,869,000 over three seasons. Then the Knicks took over paying him, and they made sure he got PAID. In fact, Houston's highest-paid season was one in which he didn't play at all. After just 20 games in 2004-05 (and a salary north of $17.5 million), Houston made $19.125 million in 2005-06 despite not playing at all. As a result, the league developed the amnesty rule, which allowed teams to cut a player without luxury tax penalties. That rule was widely derided as the "Allan Houston Rule."

Patrick Ewing never bested Michael Jordan in the playoffs, but he did beat him in career earnings. The Knicks center came into the league a year after Jordan and left the same season he did, but Ewing made about 33% more money than MJ did. For his first ten seasons in the league, Ewing didn't make more than $4.5 million. But he had certainly proven his worth over the years, and the Knicks rewarded him with a hefty contract. Today, Ewing serves as the head coach at Georgetown University, and occasionally dunks on people in commercials.