10 Of The Most Disappointing Free Agent Acquisitions In NFL History

When the Washington Redskins acquired former Carolina Panthers defensive back Josh Norman in free agency, the move was met with a range of opinions. Many thought it was a great move, and that it was going to make them harder to beat. However, many others saw it as Dan Snyder overpaying for another big name free agent.

Spending on free agents has skyrocketed in recent years as teams are expected to do whatever it takes to be competitive. Five years ago, the NFL's free agent contracts combined were over $1.63 billion, with $159 million guaranteed. This off-season has seen teams commit over $2.15 billion and roughly $917 million in guaranteed money to free agents.

The contracts give fans and the media something to talk about over the next few months until training camp starts. Will all the moves made by a team like the Jacksonville Jaguars be enough to turn the team around finally? Or will they remain on the bottom of the NFL barrel? That is what makes free agency great. It comes with tons of hope and promise, but can result in even more anguish.

In a perfect world, every free agent deal would work out, but many of them do not. Sometimes an injury causes a stud to turn into a dud, but often they just don't work out.

It is hard to fault a team for picking a player that disappoints because of an injury. You can't predict whether a player is going to get hurt. So, for the sake of compiling a list of some of the most disappointing free agent acquisitions in the history of the game, guys who suffered major injuries have been excluded.

Like every list of the best or worst of anything, this one is subjective. But one thing can't be argued. Signing the following ten players was a terrible idea.

At one time, he was one of the better receivers in the league. When the Browns signed him, they probably hoped all he needed to shine was to get the ball thrown in his direction a little more (Kansas City had turned into a run-first team his last few years with them). He ended up playing in just seven games, making only five catches for 53 yards.

Former Browns head coach Mike Pettine said he was often left off the active roster simply because he wasn't one of the best four or five receivers on the team. When you can't crack the top five of the Cleveland Browns – well, it may be time to reevaluate what you are doing. 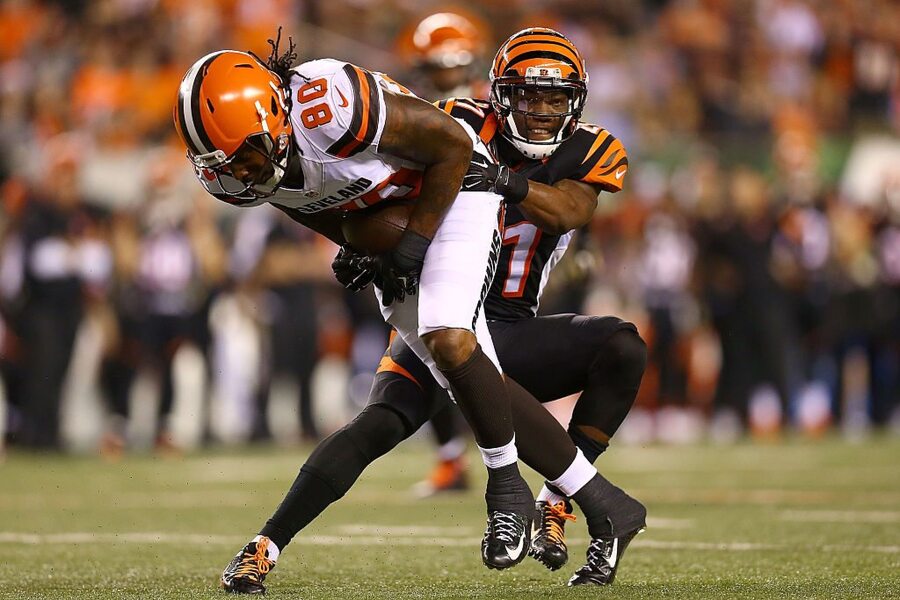 After watching him tear up the competition for the Falcons from 1990-94, the Browns felt he was worth making him the highest-paid wide receiver in NFL history. Browns owner Art Modell wanted him bad enough that he went to several banks to raise the $5 million. What he got for his money was an underperforming player that spent more time feuding with fans than catching passes.

Reed will forever be remembered as one of the best safeties to play the game. That is what the Texans were hoping they were getting when they made a big deal about signing him. He ended up playing so bad he was benched for Shiloh Keo in Week Nine and cut a week later.

"Neon" Deion will be remembered as one of the best to play the game, but when the Redskins signed him to a mega-deal in 2000, he was no longer the dominant player Washington owner Dan Snyder thought he was getting. After one lackluster season, Sanders ended up hanging up his cleats.

Porter looked like a good receiver with the Raiders. When the Jaguars signed him, there was a reason to hope he might be a future No. 1 receiver. He ended up with 11 receptions for 181 yards and a touchdown in his only season with the team.

After an incredible game at the end of the 2011 regular season for the Green Bay Packers, he was looked upon as the next great QB. When an injury kept him from fully participating in training camp, the Seahawks got a good look at their actual future in Russell Wilson. Flynn ended up throwing nine passes and completing just five for his $10 million.

Had the contract been signed after his stellar 2004 season in Green Bay, or after his 2006 season in Denver, no one would have faulted Oakland. But they signed him after a poor, injury riddled 2007 season. When he played in only eight games, made 15 receptions for 196 yards, and scored a single touchdown, the only person surprised was Raiders owner Al Davis.

Teams are often willing to pay well for good offensive linemen in free agency. The Titans believed they were getting someone worthy of a big money deal when they signed Andy Levitre. He ended up playing so poorly over two seasons that all Tennessee could get for him in trade was a sixth round pick. 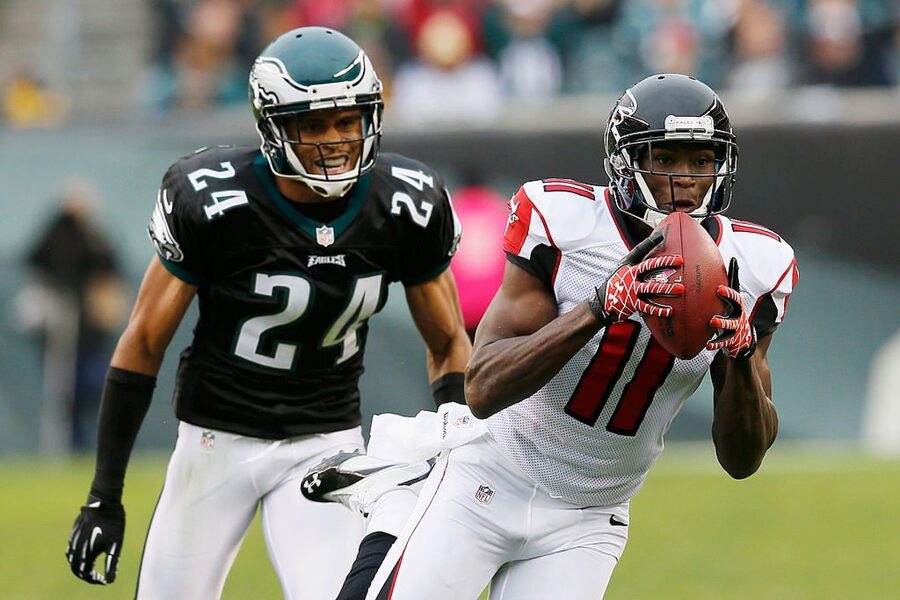 During his time with the Oakland Raiders, he became known as the best shutdown cornerback in the game. Many teams tried to sign him when he became a free agent, but the Eagles ended up being the "lucky" winners.

Calling his play in Philadelphia "terrible" is being generous. He was lazy and ineffective on the field, and never tried to fit in with his teammates. They gave him two seasons before cutting him loose.

When you guarantee someone $41 million, you expect him to be known for making huge plays for the team. The most memorable thing Haynesworth did with the Redskins was take ten days and four attempts to pass the conditioning test everyone took at the start of training camp in 2010. The Redskins ended up getting just 53 tackles and 6.5 sacks out of him in 20 games before they let him go two years into his contract.