Every NBA fan knows it's difficult to trust the Philadelphia 76ers with just about any basketball move. The team has been tanking for forever, has drafted three players at the same position in the past three drafts, and is stockpiling second round draft picks like they were cans of food during Y2K.

One of those second round draft picks was K.J McDaniels, a player from Clemson that the Sixers took with the 32nd pick of the 2014 NBA Draft. And thanks to the unusual contract he signed, McDaniels has made more than just about any player from his draft class.

Normally, a second round player signs a four-year, non-guaranteed deal. Had that been the case, Philadelphia could have seen McDaniels play for two years, decided they could get a similar skill set for cheaper, and cut or trade him without having to pay any kind of financial penalty. Even if they decided he was good and wanted to keep him, the team would only be paying a modest salary. 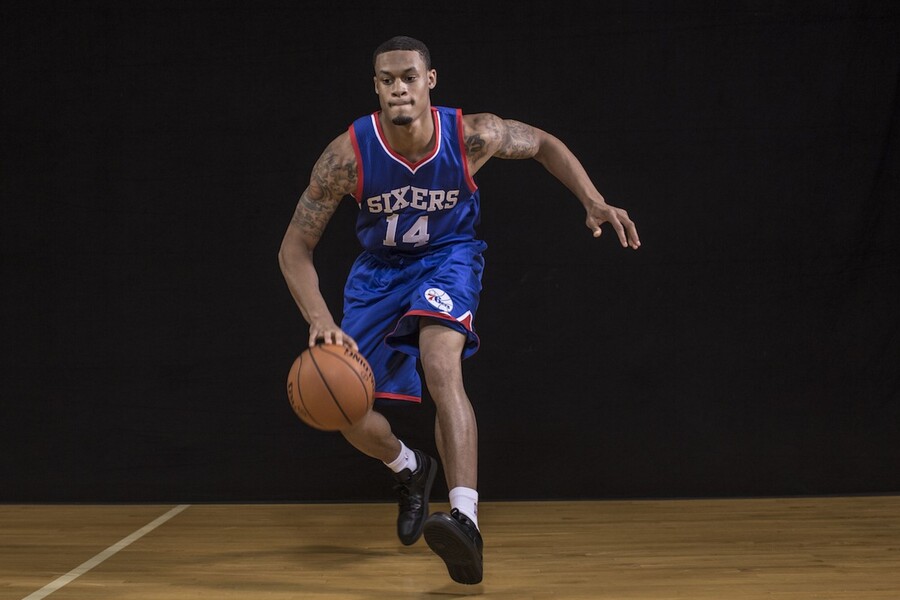 But McDaniels rejected the standard deal, and instead signed a one-year contract for $507,000. Had he played poorly or gotten hurt, his financial security and maybe even career would have been in jeopardy, but in limited time with the Sixers, McDaniels averaged about nine points, four rebounds and more than a block per game. Even though a midseason trade to Houston only saw him get about three minutes of playing time per game, McDaniels still impressed during practice, and the Rockets rewarded him with a three-year, $10 million deal when he hit free agency this off-season.

After playing 25 minutes a game in Philly, the trade to the Rockets could have very well done McDaniels in. He barely saw any oncourt action and only averaged 1.1 points per game because of it, but the Rockets liked him enough to give him a deal. It's a gamble that ultimately paid off for McDaniels. Now we just need to make sure his mom keeps attending games.