The NCAA Tournament is upon us, and with it comes the joy of filling out brackets. Americans across the country look for the perfect combination of upsets and favorites to jot down in the hopes of winning it all – or at least getting bragging rights over their friends.

As a whole, Americans are expected to fill out 70 million NCAA Tournament brackets this year. Each bracket will have, on average, $29 wagered on it, which contributes to the whopping $10.4 billion that will be bet on March Madness this year, per the American Gaming Association.

This $10.4 billion number includes popular office pools and is a 13 percent increase from last season. Perhaps unsurprisingly, only about three percent of the money bet on the tournament is believed to be wagered legally in the U.S. The other $10.1 billion or so is placed using offshore sportsbooks and local bookmakers. 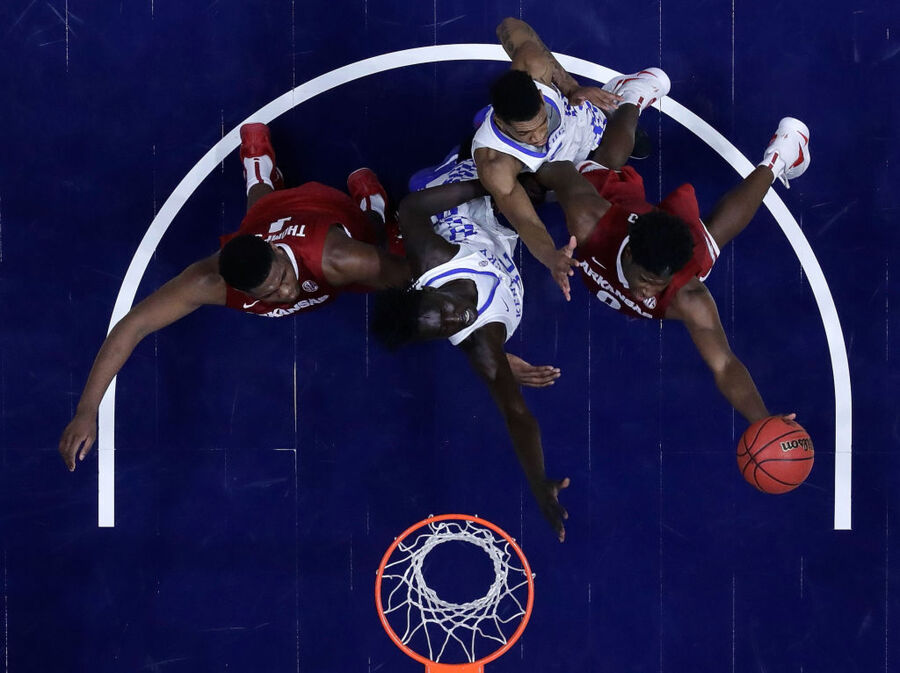 The NCAA, for its part, is vehemently opposed to all forms of sports betting, whether legal or not. In fact, five University of Richmond players were recently suspended simply for playing fantasy football. That's in stark contrast to NBA commissioner Adam Silver, who supports legalizing betting on professional sports, believing having regulations in place would protect the integrity of the games. Similarly, commissioners from Major League Baseball, MLS and the PGA have also said they'd consider sports betting.

These numbers are a conservative estimate, of course. It's hard to know just how many unregulated office pools take place in a given year. Law enforcement is certainly aware of these kinds of pools, but are more focused on organizations that offer gambling on a commercial basis, not smaller pools.

Only a few states offer legal sports betting, and Nevada is the only state that has a permit for single-game wagering, which is the most common form of sports betting.

The Nevada Gaming Control Board combines revenue from both the NBA and college basketball into one category on its monthly reports. A record $422 million was bet last season at Nevada sportsbooks. That's more than twice as much money that was wagered on basketball in either of the previous two months. Thanks to a slew of upsets, the books won $21.5 million on basketball last March.

The AGA estimates $295 million will be bet on the NCAA Tournament at Nevada sportsbooks this season, with the most popular bets ranging from $20 to $50 for a single game. That's more than double what Super Bowl LI saw. The matchup between the Patriots and Falcons drew $138.4 million, a record for the event.

Best of luck in filling out your brackets this year. Here's hoping you take home the grand prize – and hey, maybe you can even buy yourself an airplane.