The Real Housewives of Beverly Hills Net Worth

On Monday September 5th Bravo will air the second season premier of The Real Housewives of Beverly Hills. After the shocking suicide of Taylor Armstrong's husband Russell, this is surely going to be an emotional season. Sparks already flew at last year's reunion show when Camille Grammer claimed that Bravo "set her up" and called Kyle Richards a "bully". The two former friends clearly are not on good terms anymore. The rest of the girls have plenty to get off their ample surgically enhanced chests which should make for an explosive second season. This season sees the return of all the original cast members plus the addition of two new ladies: Dana Wilkey and Brandi Glanville. Glanville is a former model and ex-wife of television actor Eddie Cibrian. Wilkey is a self made entrepreneur who started a successful party planning and product placement business around the Los Angeles area. Both women are mothers who are passionate abotu charity. With all the buzz flying around this up coming season, each woman's net worth have become hot searches on Celebritynetworth.com: 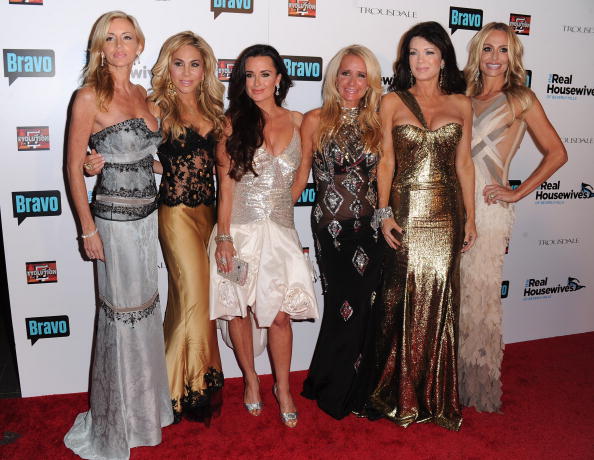 How much are the Real Housewives of Beverly Hills worth? / Alberto E. Rodriguez/Getty Images

Will you be tuning in for Season 2 on September 5th?