It seems as if celebrities feel like they're above the law due to the number of violent outrages occurring lately. We first heard about hip hop icon Diddy allegedly attacking a University of California football coach with a kettlebell, and now another well-known celeb rapper is arrested on terroristic charges following an incident.

This time, Atlanta native Young Thug, is suffering the consequences of a July 7 altercation with a metro Atlanta mall cop that led to the officer forcing him to leave. As Young Thug was being escorted out of the mall, he allegedly threatened to shoot the Perimeter Mall security guard in the face.

According to a report from the Atlanta Journal Constitution, the Dunwoody Police Department spokesman Officer Timothy Fecht said the charges were the product of a July 7 "dispute that Mr. Williams had with Perimeter Mall security."

The 23-year-old hip hop artist, whose real name is Jeffery Lamar Williams, was detained without incident early Wednesday morning at a home in Sandy Springs, according to Jim Joyner, spokesman for the U.S. Marshals Southeast Regional Fugitive Task Force. 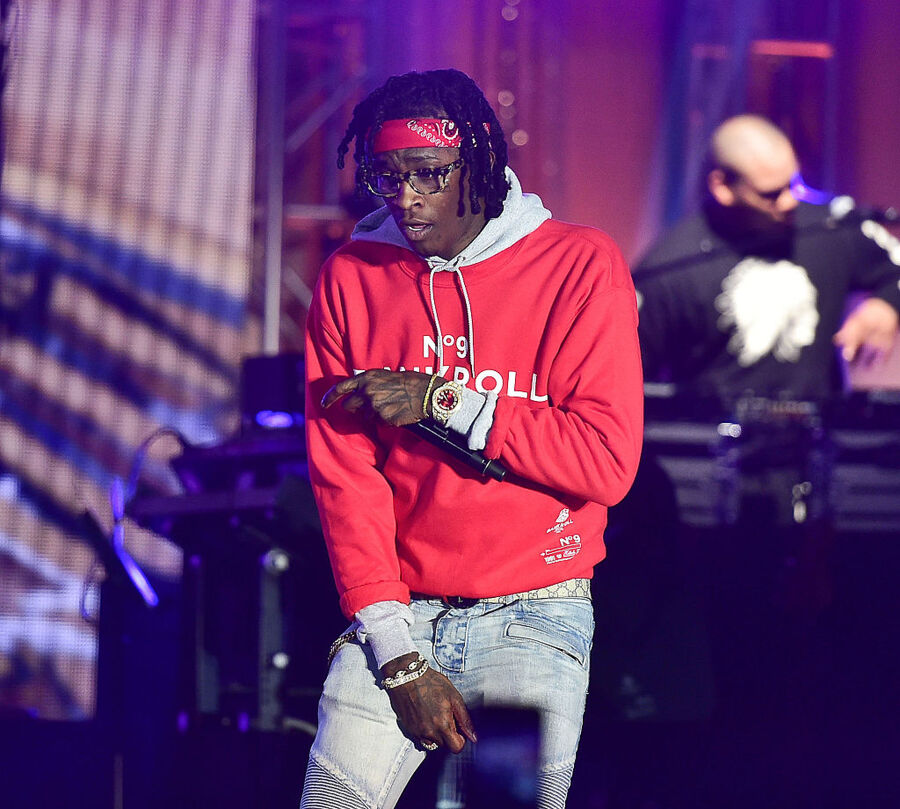 Apparently, the U.S. Marshals were called in to assist the Dunwoody police department with the warrant charging Williams with terroristic threats. Although details regarding the incident have yet to be released, we know a search warrant was also executed at Williams' home by Dunwoody and Sandy Springs police and federal law enforcement agents. He is currently sitting in a jail cell in DeKalb County awaiting a bond hearing.

Young Thug, who has a net worth of $1.5 million, was also arrested last year for possession of a controlled substance, reckless conduct, reckless driving, and driving without a seat belt.

Then on Thursday, the very next day, police executed a search warrant at Young Thug's Atlanta house. At the house the police arrested him again on charges of felony cocaine possession, felony marijuana possession and three counts of felony gun possession. Not a good week for the up and coming wrapper.

Young Thug gained much attention from several successful mixtapes under Gucci Mane's label called 1017 Brick Squad Records. Perhaps, he is best known for hit single "Stoner" in 2014 that reached #5 on the US Rap Chart and #47 on the Billboard Hot 100. Thug is now affiliated with Cash Money/Young Money Entertainment and considered a member of its popular group Rich Gang, composed of other music industry veterans and artists from the label.

The group is also popular for public brawls obviously. In a separate incident earlier this year, Rich Gang squad member Rich Homie Quan allegedly punched a security guard at Miami Beach hotspot 'LIV' for not allowing him access to the backdoor VIP entrance.

Christian Cajigas, a security guard at the nightclub, told police that when he told Quan to use the regular entrance, the rapper sucker punched him twice, breaking his nose and teeth, while another member of Quan's crew hit him in the back of the head. We are awaiting more news regarding the details surrounding Thug's case as the story unravels.