YG Is Being Sued Over Copyright Infringement By A Former Collaborator

Copyright infringement lawsuits are all too common in the world of music. Almost every major artist has to go through a lawsuit of some sort at one point or another in their careers. California-bred rapper YG is experiencing his first taste of a copyright infringement lawsuit this week, and two of his most popular songs are at the center of it all.

YG released his debut album, My Krazy Life in 2014 to general acclaim. The 14-track album, which overwhelmingly featured production from fellow Cali native DJ Mustard, helped catapult the then 24-year old rapper to hip-hop fame. Two of the album's biggest hits, "Bicken Back Being Bool," and "Who Do You Love," helped endear the rapper to a wider audience who had previously never heard of YG before.

Those two tracks are also the center of a lawsuit filed by poet Henry Richard Russell, who is also knows as Grimmis. Russell, who was a collaborator on My Krazy Life, claims that he was not paid for his contributions on the album that he was promised. The poet, who appeared in the music videos for both "Bicken Back Being Bool," and "Who Do You Love," said that YG refused to even discuss compensation. 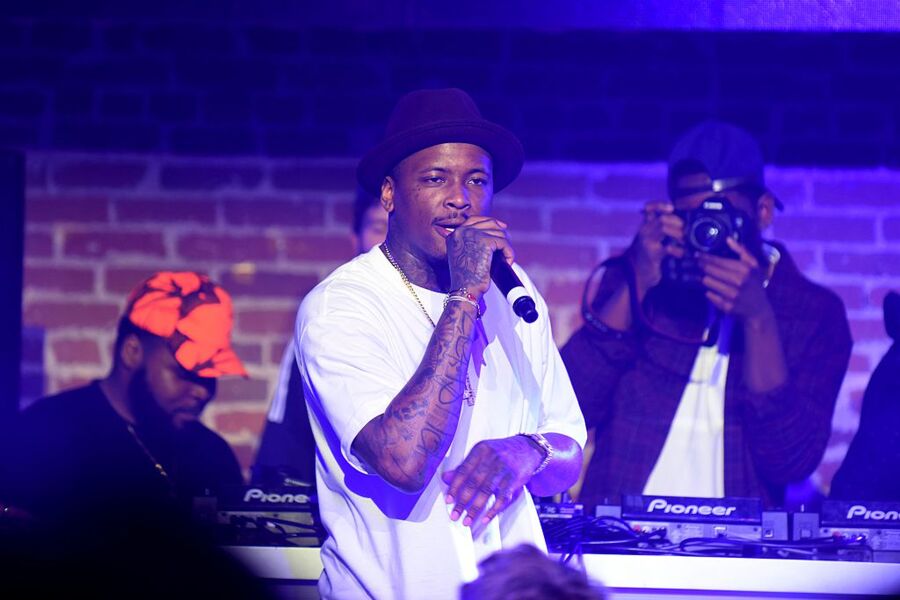 Russell claims that his poems are featured prominently in both songs; "Bitch Who Do You Love?" by Russell is featured on YG's "Who Do You Love," and Russell's "Gladiator" is featured prominently on "Bicken Back Being Bool." Despite Russell's claims, he is not listed as a writer in the album credits for either song. In addition, Russell claims that he joined YG for several live performances in order to "pump up the crowd," and that the success of the album is partly due to his input.

Russell is suing for an unspecified amount, and also names DJ Mustard, Def Jam, UMG, and 400 Wayz publishing in the lawsuit. Russell also asked for an injunction against YG that would prevent him from selling any music that features his work.

Neither YG nor his representatives have responded to the lawsuit.