Wu-Tang Clan's One-Of-A-Kind, Once Upon A Time In Shaolin Sells For 'Millions'

Wu-Tang Clan is one of the most legendary hip-hop acts of all time. With their one-of-a-kind personalities, in your face rhyme style, and New York flavor, it is safe to say that hip-hop has never seen an act quite like Wu-Tang. As a result, the group representing Shaolin Island has adoring fans from all across the globe throwing up the W. But there is one fan in particular who is also reportedly throwing up some major dollars for the group's top-secret album.

If you didn't already know, Wu-Tang Clan has a top-secret album entitled Once Upon A Time In Shaolin. News of the album first broke in 2014, when Wu-Tang cofounder RZA and Wu-Tang affiliate/producer Cilvaringz confirmed the album's existence. What makes the album so unique is that there is only one physical copy of the album. The album is encased in an engraved, silver-and-nickel box that was constructed by Yahya, a British-Moroccan artist. 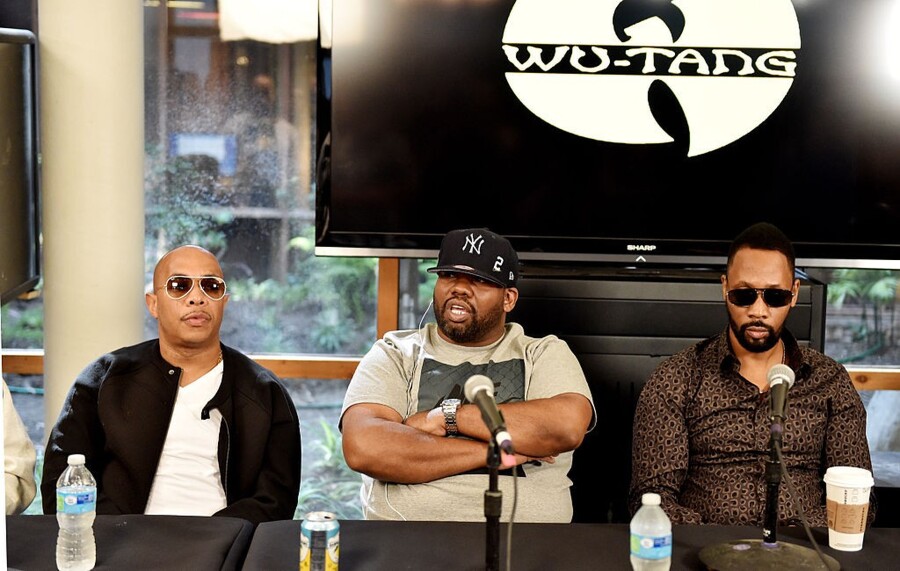 An announcement was not made regarding the album's sale until now because of contract finalizations and legal protections for the 128-minute, 31 song album. When the album was announced, RZA stated that the album's copyright would transfer to the owner of the album after 88 years, meaning that the buyer does not have the right to release the album for commercial use until then.

Paddle8 cofounder Alexander Gilkes made this statement regarding the album's purchase:

"We pioneered a new type of intellectual property regarding the sale of a work that is simultaneously physical and digital, creating previously unexplored legal protections for a unique work that cannot be reproduced… This marks an exciting new model of distribution for the music world and we look forward to playing an ongoing role in this innovative model."

Said RZA regarding the album's sale:

"The Wu-Tang Clan have always been driven by innovation, and this marks another moment in musical history … From the beginning, we hoped that this concept would inspire debate and new ways of seeing creativity. Both of those goals have been achieved, and the ideas continue to evolve."

The sale makes Once Upon A Time In Shaolin the most expensive album ever sold, obliterating the previous record: Jack White's $300,000 purchase of a rare acetate recording of Elvis Presley's first song. RZA added that a large portion of the album's sale would go to charity.

Congrats to Wu-Tang Clan for pulling off this great sale. Too bad most of us won't ever be able to hear it.