50 Cent's recent financial woes have been well documented by CNW. From being ordered to pay Rick Ross's mistress $2 million in damages, to filing for personal bankruptcy earlier this year, to being told by a bankruptcy judge that a majority of his investments aren't well protected, 50 has had a far from stellar year, when it comes to his finances. In fact, many people would be led to believe – and for good reason – that the 40-year-old rapper is struggling financially. But 50 Cent did something yesterday that may have quieted those doubters.

A couple of days ago, news broke of what seemed to be yet another financial hurdle for the Jamaica, Queens native. According to sources, 50 Cent dropped the price of his Farmington, Connecticut mansion down to $8.5 million. Though that price seems like a lot, when you take into consideration that he was originally asking for $18.5 million for it almost five years ago, and that he spent a little over $10 million purchasing and renovating the house… 50 would actually be losing money on the property at that new lower price. The news regarding Fif's price cut on his house caused many to believe his financial troubles were even worse than initially thought. 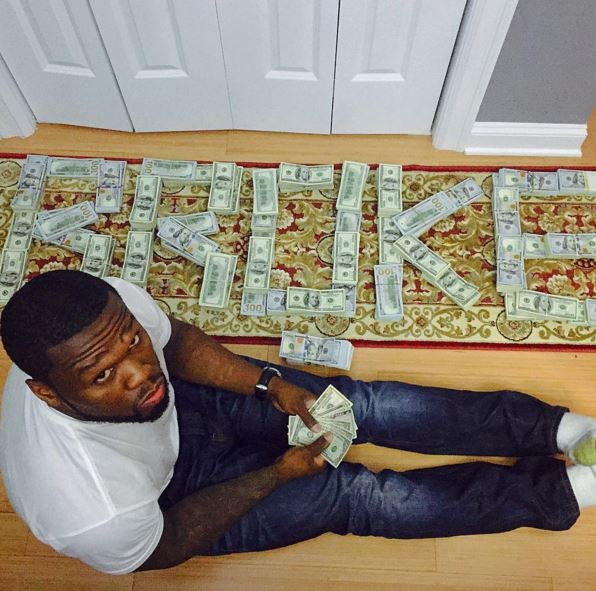 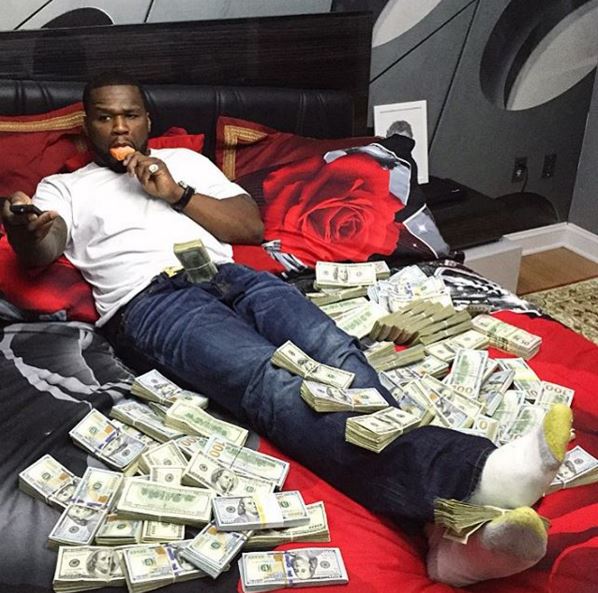 Well, it seems like 50 heard some of those people wondering out loud whether he is broke or not, because he took to Instagram, posing with stacks of $100 bills in two photos, and a video with a similar message. 50 captioned "I hustle so hard, I can't see me legs," in the video, he "wakes up" in bed with stacks of $100 bills covering his legs. In the following photo, 50 captioned "Ok I found my legs, but I can't find nothing to watch on TV. Power season 3 on the way," again with $100 bills covering his legs. In the last photo, 50 is sitting next to stacks of $100 bills, arranged to spell out the word "BROKE," with the caption "Man this lunch money, I gotta go to work I'm still up, no Sleep at all."

Okay, so maybe 50 Cent isn't broke. But how does he explain his "crying poor" from earlier this year?