By Marvin Jules on September 9, 2015 in Articles › Music News

The Weeknd has transformed from a little known singer from Canada, to arguably the most popular R&B singer of the moment. The 26-year-old singer (real name Abel Tesfaye) has been on a roll recently, releasing a string of Top 5 singles, starting with last year's "Earned It," and continuing his success with this year's "The Hills," and the chart-topping "Can't Feel My Face." One thing we have learned over time though, is that chart-topping singles do not necessarily equate to album sales, especially in this age of music streaming and illegal downloading. Well, it seems that the Weeknd has defied the odds with his latest album, Beauty Behind The Madness. 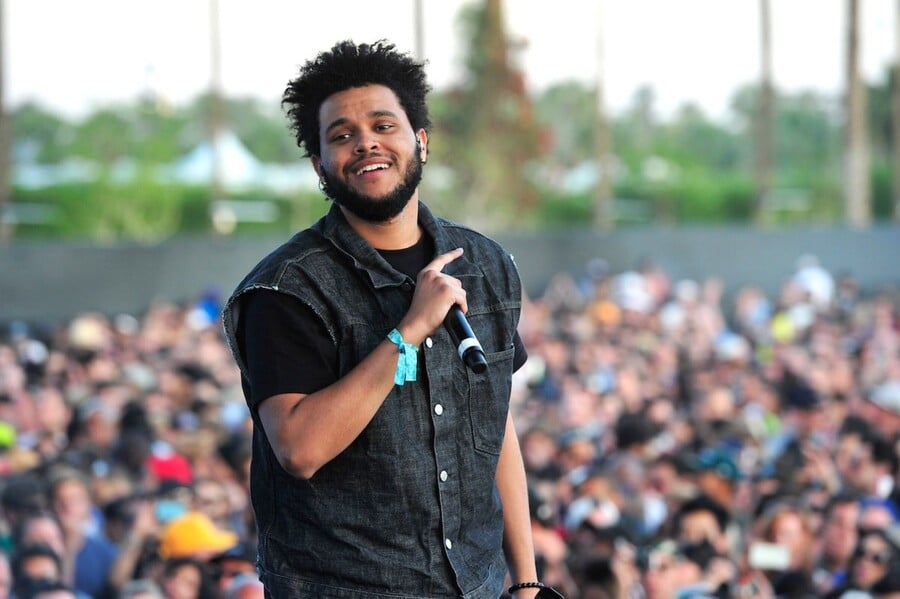 The Weeknd's Beauty Behind The Madness had a huge debut week, easily grabbing the No. 1 spot on the charts with an amazing 326,000 physical copies sold. The number rises to 412,000 equivalent album units moved when taking into account plays from streaming services such as Apple Music and Spotify. Beauty Behind The Madness is The Weeknd's first No. 1 album, and his third straight Top 10 album (2012's Trilogy debuted and peaked at No. 4, 2013's Kissland debuted and peaked at No. 2).

In addition to being the No. 1 album of the week, Beauty Behind The Madness's debut was the second biggest debut week of the year, coming second only to Drake's surprise mixtape/album If You're Reading This It's Too Late. Drake's album sold 495,000 copies in its first week; completely comprising of digital downloads. If You're Reading This It's Too Late moved 535,000 units when taking into account plays from streaming services. Basically, Canada took over the charts this year.

The Weeknd will kick off his recently announced The Madness Fall Tour on Nov. 6, which will feature Travi$ Scott, Banks, and Halsey. The 20 stop tour will span over the course of a little over a month and will include stops in both the United States and Canada. Congratulations to The Weeknd for his major accomplishment.