Tyga's List Of Controversy Is Piling Up… Will This Harm His Career?

Michael Ray Nguyen-Stevenson, famously known to the world as Tyga, has been the subject of much controversy thus far in his career. Although he hasn't tarnished his reputation totally, he has had to publicly defend himself several times due to alleged affairs, beefs with other artists and leaked images flooding the web. Luckily, the good outweighs the bad for the California native rapper, at least, we think.

Musically, he is best recognized for hit singles like "Faded" and "Rack City," to name a few. Personally, he is infamously known for dating a popular teenager by the name of Kylie Jenner, who by the way just celebrated her 18th birthday with him, which finally makes their relationship legal. Of course, Tyga went all out and gifted his girl with a brand new white Ferrari that is worth $320,000.

Before the youngest of the Kardashians was in the picture, he had a son – King Cairo – from a previous relationship with model and former stripper Blac Chyna. They were supposedly engaged at one point. The two women have been feuding over his son because Chyna isn't happy about the relationship Jenner has formed with King Cairo. 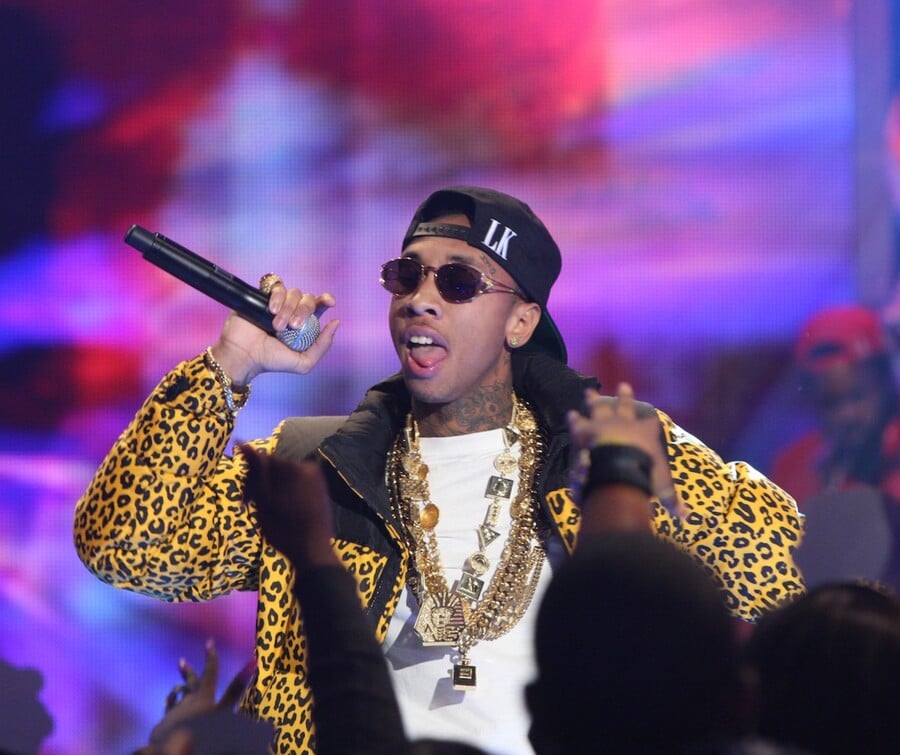 Did you know that his stage name actually has a deeper meaning to it? It's actually an acronym for 'Thank You God Always," perhaps implying he is a Christian of some sort. After his breakthrough single "Coconut Juice" featuring Travie McCoy gained him much fame he later joined forces with Young Money Entertainment, under the direction of Lil Wayne. The 27-year-old rapper has even talked negatively about his label mates Nicki Minaj and Drake, claiming that the label shows favoritism towards the mega stars. In an interview last year with Vibe magazine, he said: "I tend to distance myself from them. I'm tryna go independent. I don't really get along with Drake. I don't really get along with Nicki. I don't like Drake as a person. He's just fake to me. I think his music is good, but we're all different people. We were forced together and it was kinda' like we were forcing relationships together."

Recently, last month to be exact, explicit images of his private parts were leaked on the internet. The FBI had to step in to try to track down the person who first posted the image that quickly spread to social media. Tyga's lawyer Lee Hutton claimed that the motive for the leaked images was to "maliciously shame" the rapper. Talk about more shame, Tyga was even outed by a transgender actress named Mia Isabella after screen shots of text messages exchanged between them went viral. Although Tyga denies having a sexual relationship with the transgender women, an "anonymous" source says that Tyga has been involved in an ongoing affair with Isabella for the past three years.

Tyga now faces a lawsuit brought by a Las Vegas promoter over a contract dispute. The hip-hop star, whose net worth is $5 million, reportedly signed a deal with promoters Z Entertainment to perform at Body English for $25,000 last summer. The contractual agreement restricted Tyga from performing anywhere else in Vegas around the time of the concert. According to the promoter, he breached the contract by performing at another Vegas venue the night before and didn't show up to another scheduled performance in California last year. Unfortunately, Tyga may have to cough up $100K in damages if found guilty.