Tyga Is Being Sued By Last Kings Cofounder For $1.6 Million

Tyga has been taking some major Ls in the recent weeks. Last week, rumors spread about an affair between the 25-year-old rapper and transgender actress Mia Isabella, and gained more steam after Isabella released a statement vaguely confirmed the affair. Prior to that, Tyga unexpectedly dropped his latest project, entitled The Gold Album: 18th Dynasty, and encouraged fans to stream the project on free music streaming services, something that Cash Money head honcho Birdman did not approve of. The album sales were less than stellar, moving 2,000 units in its first week. And that's only part of the story (we'll talk a little bit more about that later). Well, as the saying goes, bad things always come in threes, and it seems that the saying rings true in the case of Tyga, and in the form of a lawsuit.

Tyga (real name Michael Ray Nguyen-Stevenson) is being sued by a woman named Chuon Guen Lee, who says that she formed the clothing line, Last Kings, with the rapper in January of 2013. Guen Lee says that the rapper made a promise to promote the brand and use his celebrity status to get the brand into popular chains such as Tilly's. Well, fast-forward to the present, and that never happened. And to add insult to injury, according to the lawsuit, Tyga stole merchandise worth half a million dollars, 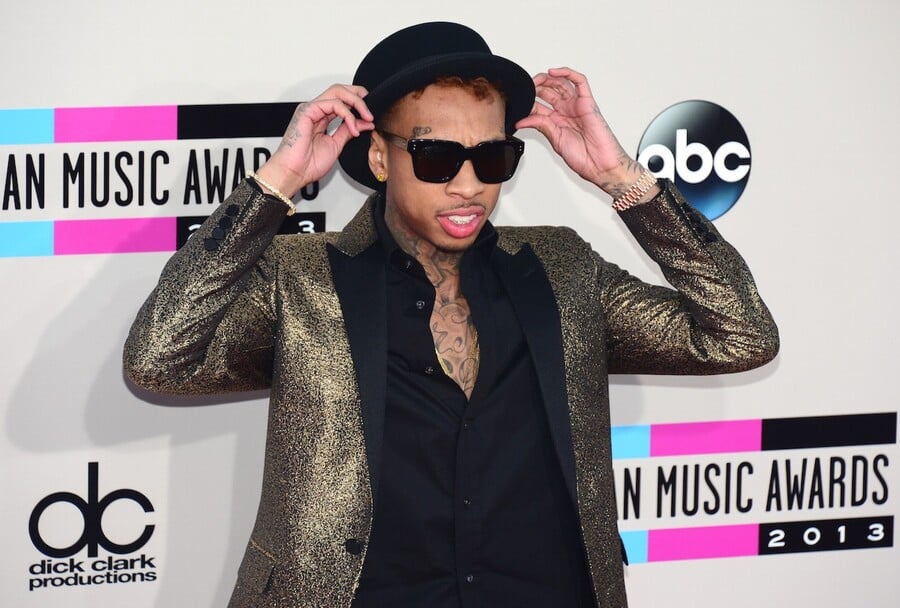 and started his own company with another partner, Egypt Kings. Guen Lee is suing the California-bred rapper and Egypt Kings for $1.6 million.

In response to the lawsuit, a representative of Tyga said: "These, like other allegations, are completely false. This was a business relationship that went sour and was ended last year. We learned of the complaint via TMZ and are aware that individuals will continue to attempt to cash in on Tyga's success."

We'll keep you updated on the lawsuit as new information surfaces. Back to the situation between Tyga and Baby referenced at the beginning of the article. Tyga's latest album, The Gold Album: 18th Dynasty flopped badly, selling only 2,000 copies in its first week, almost entirely because Tyga dropped the album out of nowhere and encouraged his fans to stream the album for free. Birdman was not amused with the move, and is convinced that Tyga deliberately sunk his album in order to get out of his deal with Cash Money, in which he had just one album left. In response to Tyga's move, Birdman is reportedly not counting this album, which means that the rapper would still owe Baby another album. Birdman is ready to take Tyga to court over the situation.

That would make it two lawsuits against Tyga. Hopefully he has a good lawyer.