Tyga clearly doesn't have the best money management skills, because he always seems to find himself in some kind of money trouble. This time around, the 27-year-old rapper is being sued for a huge sum for failing to pay his former business partner back in 2015.

According to a report from TMZ, Tyga, real name Michael Ray Stevenson, is being sued by a former business associate, named Chuon Guen Lee, who claims that she hasn't received money owed to her via a $1.9 million lawsuit she won against the artist two years ago. Lee has reportedly sought help from a judge in order to get Tyga to pay. As a result of the time passed, the amount has grown to north of $2 million; $2,148,411 to be exact. 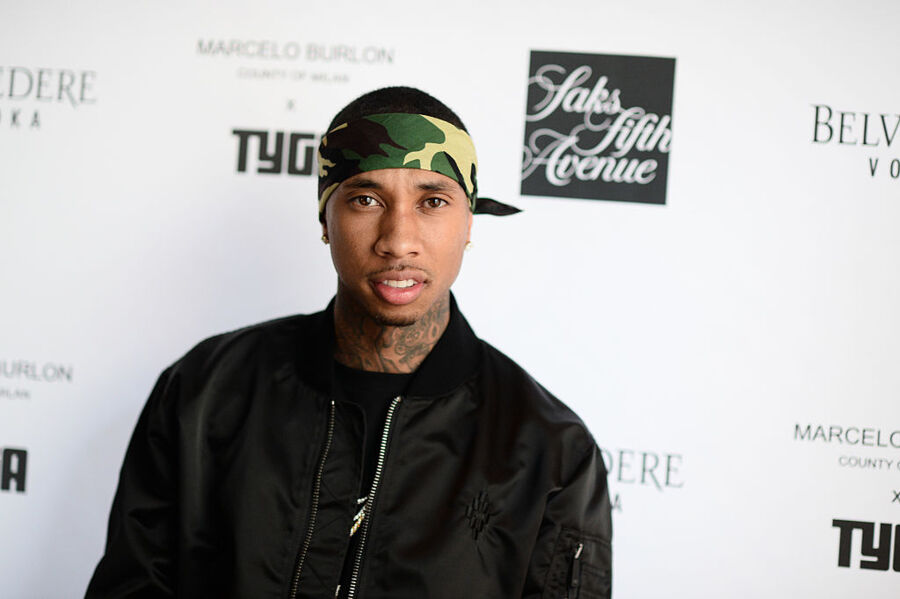 The original lawsuit surrounded Tyga and his Last Kings clothing brand. According to that lawsuit, Tyga and Lee formed the Last Kings clothing line together in 2013. But the relationship quickly went sour when Tyga stole more than a half-million dollars worth of merchandise, and stole their t-shirt idea so he could form a new brand called Egypt Kings. Lee was originally looking for $1.6 million in the lawsuit, but was ultimately awarded $1.9 million, which Tyga has yet to pay.

Lee has not been able to track down the "Rack City" rapper, and is looking for the Los Angeles County Superior Court to help her. If a judge does grant Lee's request, Tyga may end up being pursued by law enforcement in an effort to get him to pay.