After Losing A Ferrari Earlier In The Week, Tyga's Maybach Was Just Repossessed

It's pretty much a given at this point that when we report on Tyga, it has absolutely nothing to do with music. Tyga's financial woes keep him in the news on what seems to be a weekly basis. Earlier this year, the 26-year-old was in some deep legal trouble when a warrant was issued for his arrest after he failed to appear in court. The rapper later settled the case by paying his former landlord a significant chunk of change, $480,000 to be exact.

Earlier this week, the rapper was in the news after his Ferrari was repossessed while he was out car shopping (more on that story later). Well, the "Rack City" rapper is in the news again, and you guessed it, it has to do with him failing to pay his bills. 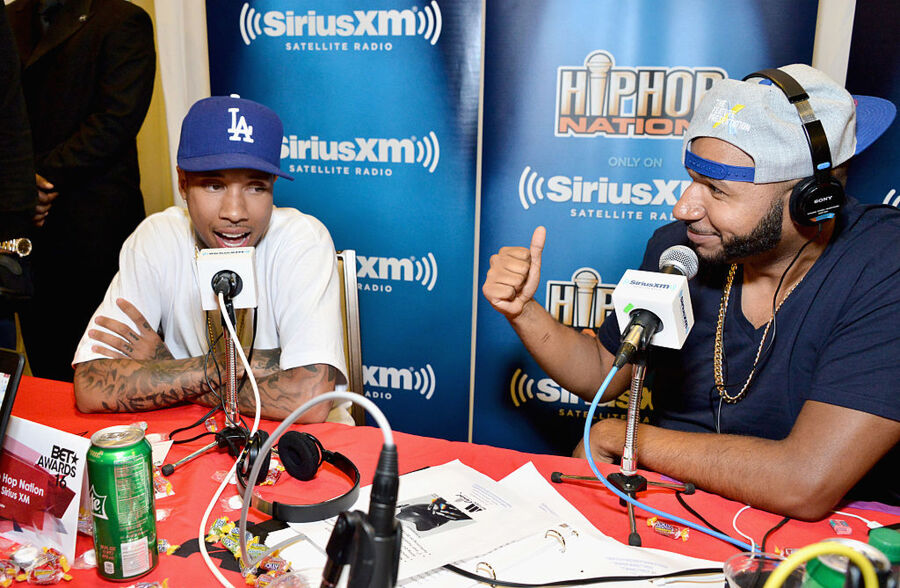 Tyga's 2014 Maybach 62 S Landaulet was also reportedly repossessed this week after he stopped making payments on the car. He reportedly had the car taken to a repair shop in Laguna Niguel, California after it broke down, then he stopped making payments on the $1.3 million vehicle. What probably makes this repossession hurt a little more for the rapper is the fact that he spent $900,000 to put upgrades on the car.

Despite losing his Maybach, Tyga won't have to be asking for an Uber to pick him up anytime soon. Remember the alleged Ferrari repossession last week? Turns out that his girlfriend Kylie Jenner claimed that she set the whole situation up, having someone pretend as if they were taking the Ferrari back in order to enhance the surprise of her gift of a Bentley Bentayga to Tyga.

Said Kylie, "So, fake stories came out today. The blogs almost ruined it and said me and T were at the Bentley dealership when really it was only me.' And I had to lie to T and say, "I have no idea, T, what the story is. I was not at a Bentley dealership." But I was!'

Needless to say, Tyga appreciated the surprise. Said the rapper on Snapchat, "When ur lil baby cops u the Bentley truck and hides your Ferrari. Guess I can't be mad."