Trick Daddy is one of the most famous rappers to ever come out of Florida. Known for his quick, raucous, and rugged rhyme style, explicit lyrics, and distinctive Southern drawl, he is widely considered one of the pioneers of Miami's hip-hop scene, helping put the city on the map in the late 90s, into the early 2000s. Though the 41-year-old rapper has not released an official album since 2009's Finally Famous: Born a Thug, Still a Thug, he still manages to get his name in the headlines. Unfortunately, his name tends to be in the headlines for all the wrong reasons. This time around, it has to do with money and a lot of baby mama drama.

Trick Daddy (real name Maurice Samuel Young), just filed for Chapter 11 bankruptcy. According to the Miami-bred rapper, he has ZERO money in the bank. According to the filing, Trick has roughly $430K in assets, which sounds pretty good on the surface. On the flipside though, he has $630K worth of debt including $34,837 in child support to one mother, and $22,282 in child support to another mother. He also e owes $290K in back taxes, and $280K for his first mortgage. 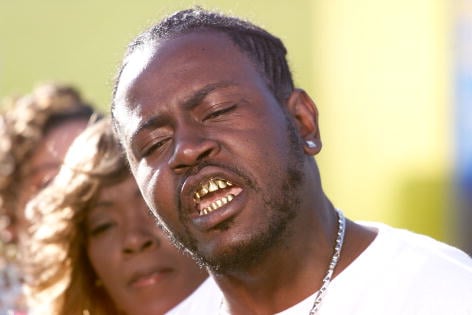 Despite not really being a major presence in the music industry for some time, Trick is surprisingly still managing to make a decent living for himself. According to the bankruptcy filing, he still manages to make roughly $14,500 a month. Most of his income comes from music publishing royalties and club appearances/performances. And despite that decent influx of cash coming in on a monthly basis, Trick Daddy is extremely frugal. According to Trick Daddy himself, he only owns $550 worth of clothes and jewelry. Now, I don't actually know how that's possible, but I guess we have to take him at his word.

Trick Daddy joins the likes of 50 Cent, who also filed for Chapter 11 Bankruptcy earlier this year. As we have mentioned before on this site, filing for Chapter 11 Bankruptcy does not necessarily mean that the person is dead broke, it just means that the person who is filing for Chapter 11 gets to keep their assets (which in Trick Daddy's case is still a decent amount of money), all while having the opportunity to reorganize their debt. In layman's terms, Trick Daddy essentially gets to keep what he has, while letting the courts deal with figuring out how much and when he has to pay the people he owes. Let's just hope everything ends up working out for the Miami legend.