Travis Scott is one of the hottest names in hip-hop right now, as a result of the release of his debut album, Rodeo. The album, which showcases the 23-year-old Houston native's abilities both on the microphone and behind the boards, has received mostly positive reviews from critics. And to Scott's delight (in all likelihood), not only has the album met critical success, but it has also attained commercial success. In addition, Travis Scott accomplished something only two other hip-hop acts have achieved this year. Let's see how Rodeo performed on the charts this week. 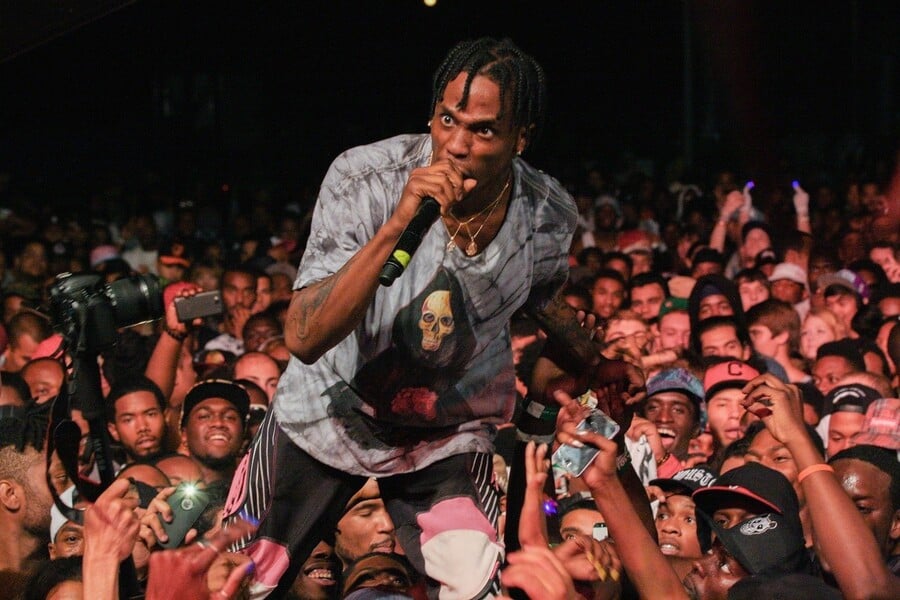 As a result of the album's success, "Antidote," an album cut off of Rodeo, reached the No. 24 spot on the Hot R&B/Hip-Hop Songs charts. It was streamed 2.7 million times this past week, and a teaser to the video was uploaded to Travis Scott's VEVO account earlier this month.

Despite the Houston native's success, a question many people are asking is: Is Travis Scott here to stay? Well, take this into consideration: Scott has been an industry mainstay for a few years now, working behind the scenes with Kanye West on two of his most recent albums;  2012's GOOD Music compilation album, Cruel Summer, and Kanye's 2013 solo effort, Yeezus. When listening to Rodeo, it is clear to hear the influences that Scott brought to both of Kanye's projects, multiplied on his own solo effort. Rodeo is a Yeezus 2.0 of sorts, taking the minimalist base that Yeezus put forth, and Scott bringing his own flair into the equation.

Rodeo has catapulted Scott to the mainstream, finally giving him his own chance to shine. If Scott continues to deliver albums such as Rodeo, we may be hearing his name for a long time. Congrats to Travis Scott for his accomplishments.