As far as I'm concerned, February 15, 2000 is a seminal day in music history. And yes, I'm using both meanings of "seminal" in that previous sentence. On that fateful day, a silver-haired crooner named Mark Althaven Andrews unleashed a dragon of a pop song onto the earlobes of humanity. His ballad, "Thong Song", would go on to top music charts around the globe. Even 20+ years later, "Thong Song" generates millions of streams and can be regularly heard on the radio and in TV/movies. So you're probably thinking Mark Andrews must still be cashing some impressive "Thong Song" royalty checks, right? Unfortunately for Mr. Andrews, better known by his stage name, Sisqó, the story is a bit more complicated. Those  royalty checks are ACTUALLY going to the guy who wrote Ricky Martin's "Livin' La Vida Loca".

A Song Is Born

The origins of "Thong Song" can be traced back to two producers, Tim Kelley and Bob Robinson. "Tim & Bob", which is how the duo was known and credited, were at the top of the music world thanks to hits penned and produced for artists like Monica, Boyz II Men, TLC, Madonna and 112. They actually discovered 112.

In 1996, a singing group from Baltimore called Dru Hill released their eponymous debut album. The album went platinum thanks largely to the singles "In My Bed" and "Never Make a Promise", both of which hit #1 on Billboard's R&B/Hip-Hop singles chart.

Dru Hill's 1998 follow-up "Enter the Dru", went double-platinum thanks largely to to the smash hit "How Deep Is Your Love" which was used in the end credits scene in the Jackie Chan/Chris Tucker box office monster, "Rush Hour", which was released three months after the album.

Despite their soaring success, for some reason one of Dru Hill's members, Woody Rock, quit the group in 1999. Months passed while the remaining members debated how to move forward. While they debated, Sisqó told their manager Kenneth Crear that he wanted to put out a solo record. Sisqó actually hoped a successful solo album would reignite and reconnect Dru Hill (btw, technically, this is pretty much what ended up happening).

"Unleash the Dragon" and the album's lead single "Got to Get It" were unleashed in November 1999. I unironically consider "Got to Get It" is a GREAT song to this day. I still pull up on Spotify regularly. In fact I just hit play.

"Got to Get It" was moderately successful, reaching #40 on the Billboard Hot 100, but it wasn't enough to push the album into the mainstream.

As we stated earlier, the origins of "Thong Song" are traced back to Tim & Bob. Tim created the original demo beat built on a remix of Wes Montgomery's cover version of The Beatles' "Eleanor Rigby". Tim's demo version featured the actual violins from "Eleanor Rigby".

Sisqó took Tim & Bob's demo and proceeded to tweak it into something of his own.

He hired an LA studio musician named Bruce Dukov who amalgamated his own version of the "Eleanor Rigby" violins that you hear straight out of the gate and support the song throughout.

Sisqó also set out to pen some lyrics. As he would recount in interviews over the years, Sisqó wrote practically the entire song in one evening – the night before he went to the recording studio – during a sexual encounter with a girl who was wearing a red thong. If you listen to the song now, it's essentially a moment for moment retelling of his sexual encounter leading all the way to climax. Simple, but brilliant. 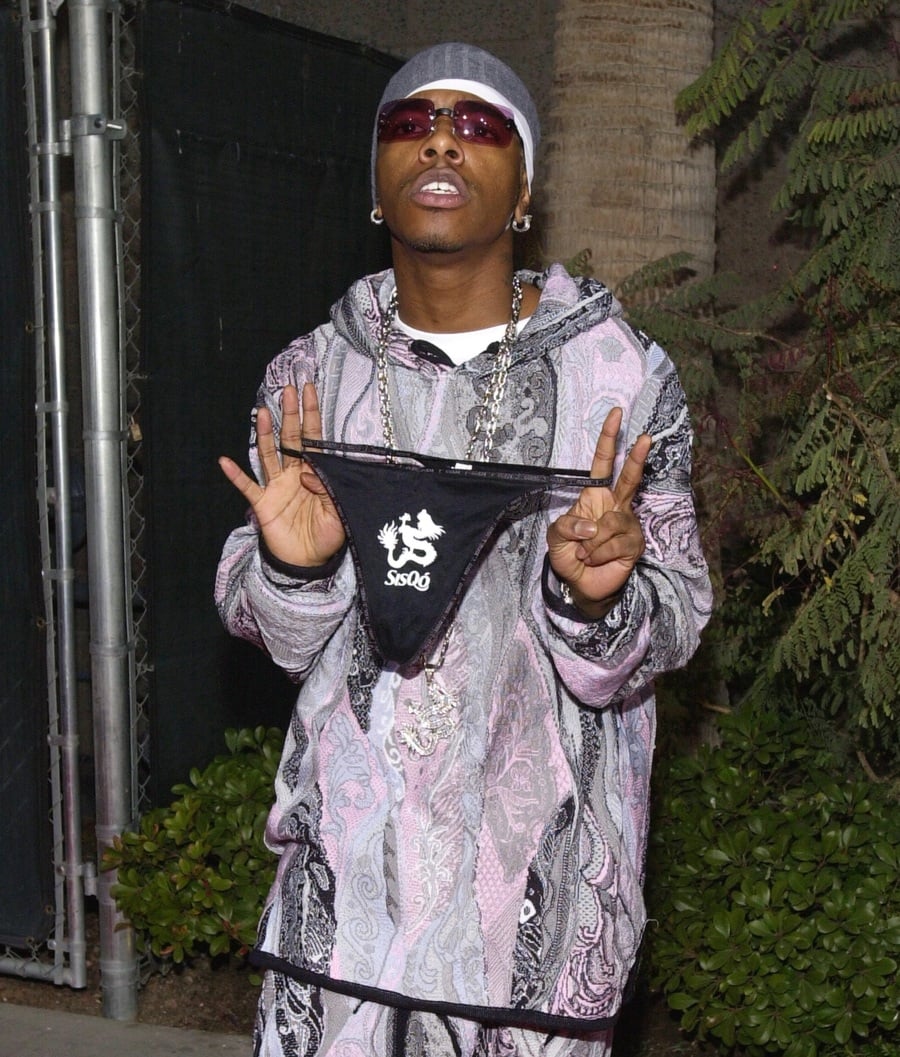 As you may recall, in three sections of "Thong Song", Sisqó croons:

During their recording session, Tim & Bob warned Sisqó that he would need to get permission (or "clear") that line legally, since it was a reference to Ricky Martin's smash hit #1 song "Livin' La Vida Loca", which was released a few months earlier.

According to Tim & Bob, as told in a recent Vice.com documentary, Sisqó assured them that he was friends with Ricky and would get everything cleared.

It's not clear whether Sisqó simply forgot OR maybe he did say something to Ricky. Unfortunately, Ricky wasn't the person who needed to give permission. The gatekeeper would have been a guy named…

Desmond Child is one of the most successful songwriters of all time. Here's a quick sampling of some of his hits over the decades: 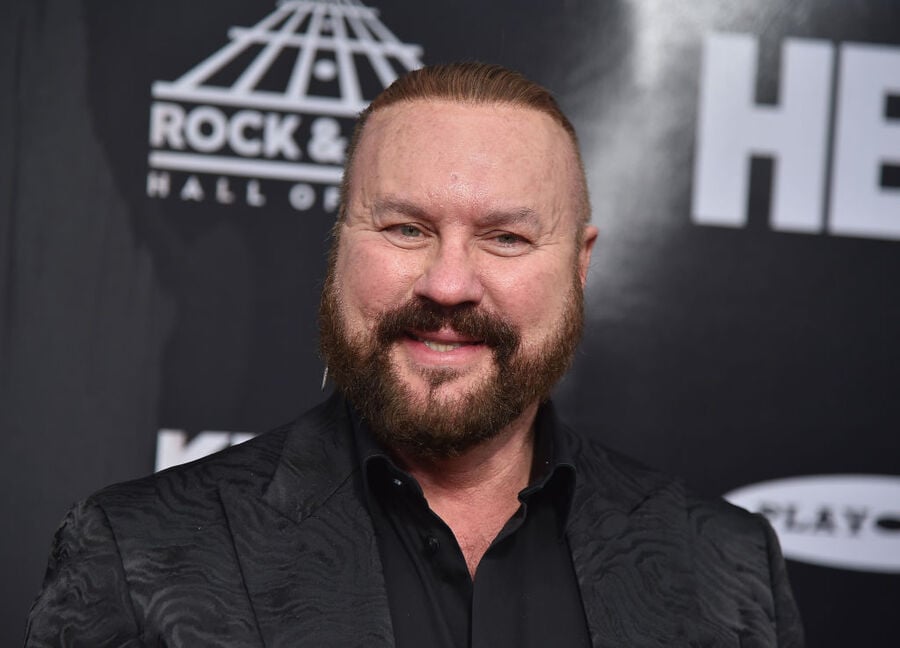 Just like all of us, Desmond couldn't avoid "Thong Song" after it was released on that fateful day in February 2000. When he heard his lyrics used so prominently, his lawyers reached out to Def Jam, the owner of Def Soul which unleashed "Unleash the Dragon".

Negotiations over rights, permission and royalties dragged on for months.

Had Sisqó cleared the song BEFORE it became a hit, he probably could have paid Desmond a nominal sum, maybe a few hundred thousand dollars as a flat fee. Now that song was an earth-shattering global hit, Desmond was in the power position. And he did not want a nominal flat fee. He wanted an ownership stake. A big one.

When the dust settled, Desmond Child ultimately walked away with not just a small cut, but the lion's share of the song's publishing rights and, therefore, royalties.

According to Tim & Bob in the Vice documentary, as soon as the judgement came down twenty years ago, their royalty checks shrunk to almost nothing. And to this day, Desmond makes more than all three of Tim, Bob and Sisqó combined from "Thong Song".

That is how the songwriter behind "Livin' La Vida Loca" came to basically own "Thong Song". These are two songs, out of about 100, that have enabled Desmond Child to rack up on a net worth of $200 million.

For his part, Sisqó doesn't seem too bothered by the whole experience. As his solo career cooled, guess what happened? Dru Hill reunited! Just as he predicted. He still performs with Dru Hill actively today (when there isn't a pandemic). He's also not sick of performing "Thong Song". He even performed it at his own wedding.

If you're interested in a full oral history of "Thong Song", sit back and enjoy this 18 minute Vice documentary:

Every Breath You Take

If this story sounds familiar, that's because the exact same thing happened two years earlier with Sting and Puff Daddy.

In 1997 Puff Daddy released "I'll Be Missing You" as a tribute to his friend, the Notorious B.I.G., who was murdered in March of that year. Diddy's song was built on a sample of the guitar riff from "Every Breath You Take", a song Sting wrote for The Police in 1986. Unfortunately no one from Diddy's Bad Boy label thought to get permission for the sample from Sting BEFORE the song was released. By the time Diddy and Sting's lawyers began negotiating, "I'll Be Missing You" was lighting up global charts.

In the end, Sting received 100% of the song's publishing royalties. Diddy's remix would go on to become one of the best-selling singles of all time, selling more than 7 million copies.

In 2010, Sting's former business manager claimed that "Every Breath You Take" is responsible for more than 1/4 of all the singer's lifetime publishing income, somewhere in the range of $20-$40 million up to that point. The business manager further claimed that the remix earned Sting an average of $2,000 in royalty income every single day of the year from that one song. Around $730,000 per year.

And that was a decade ago, before the rise of all of today's dominant streaming platforms! Would it be safe to assume that Sting has made $60-$80 million to date off his song? Maybe a few million per year in royalties between the two song versions?

Here's the best part (for Sting) – None of Sting's physical contributions to "Every Breath You Take" were used in the final "I'll Be Missing You" sample. The Diddy remix is built on the guitar riff which was written and performed by Sting's Police band mate Andy Summers. Unfortunately, Andy never pushed for his share of the song's credit.

What are the lessons with these stories?

1) Always get permission BEFORE the something becomes popular.

2) Always get credit when credit is owed!