There's A Warrant Out For Tyga's Arrest Over Unpaid Bills

While Tyga's main profession is technically being a rapper, it seems as if people know him better for his actions outside of the booth as opposed to inside of the booth. Whether it's his relationships with Blac Chyna or Kylie Jenner, or it's his problems with paying his bills, it seems as if Tyga is always in the news for something other than music. This time around around, Tyga is in the news for something a bit more serious.

Back in 2011, Tyga (real name Michael Ray Stevenson) rented a property in Malibu that cost him $16,000 per month, according to the Los Angeles Times. The landlord of the property, Gholamreza Rezai, sued the rapper in 2012, naming both the rapper and Tyga Music as defendants. The landlord claimed that the rapper signed a one year lease in June of 2011, but stopped paying rent in September of that year. The reason the rapper gave was that he was intending get out of the lease and leave the house that month because fans kept coming to the house, and disturbing him. Still, a contract is a contract, and the landlord sued Tyga for the months of unpaid rent. 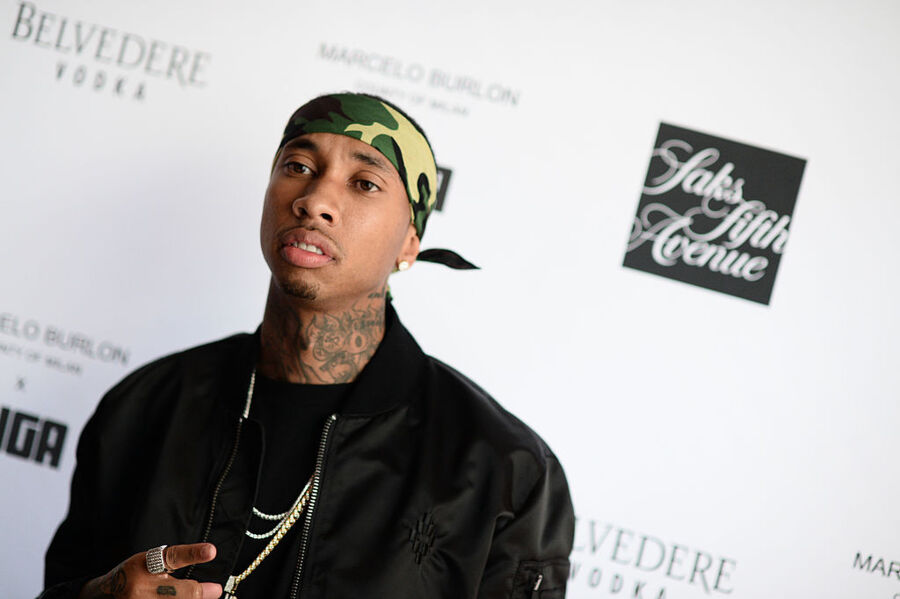 In addition to unpaid rent, Rezai also wanted to be reimbursed for damage to the house caused by Tyga. According to court papers, Tyga apparently trashed the house. He reportedly ruined the house's hardwood floors, gate, and showers. He also added a stripper pole in the master bedroom and disconnected the home's intercom system. In total, the landlord is suing Tyga for $480,000.

Fast forward to today, and Tyga is in some deep trouble as a result of the lawsuit. He was scheduled to appear at a hearing in Santa Monica on August 8, but failed to show. As a result, there is currently a warrant out for the rapper's arrest. The bail, which was signed off by Los Angeles County Superior Court Judge Nancy L. Newman, is currently set at $10,000.

The Kardashian family is reportedly furious with Tyga for bringing shame and embarrassment to their brand. A Kardashian source further explained that Tyga is currently in Turks and Caicos to celebrate Kylie's 19th birthday.

We will keep you updated with this story as more details come to light.