If you've ever attended a sporting event, you've probably heard the song "Mony Mony." It's got one of the most recognizable drum beats and organ parts in rock music history, and a catchy chorus that anyone can sing along to.

Tommy James first wrote the song in 1968, along with Bobby Bloom, Ritchie Cordell, Bo Gentry. His version, performed as Tommy James and the Shondells, reached No. 1 in the UK Singles Chart and also received extensive airplay across the United States and Canada. It made appearances in movies and television, and got second life on the airwaves when Billy Idol covered the song in 1981.

Billy Idol isn't alone in covering the song, either. Everyone from the Beach Boys to Alvin and the Chipmunks have put their particular spin on it.

Fans across the world shout "Mony Mony!" during the chorus. It technically doesn't really mean anything, but it rolls off the tongue, and the song might not have been such a hit if it had a different name. So how did James come up with it? 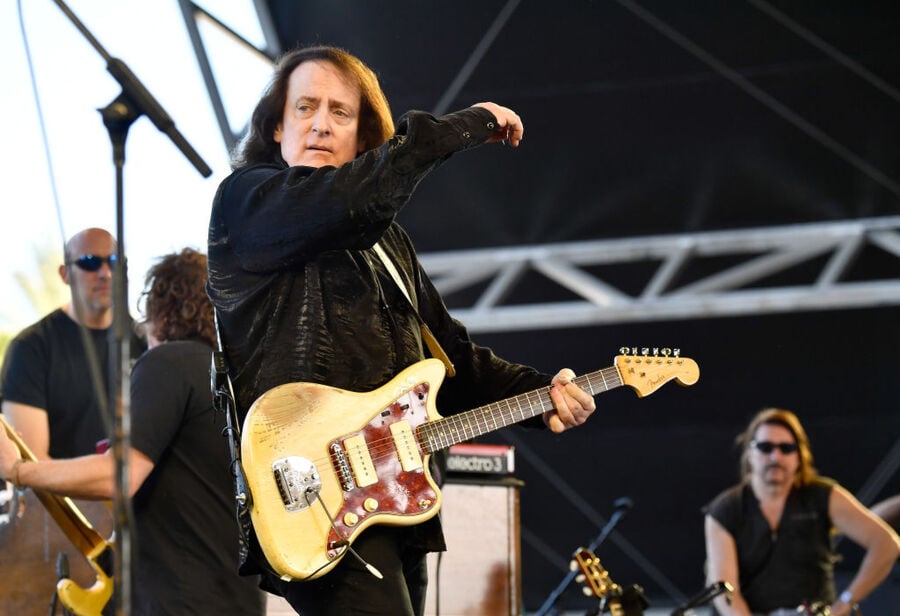 The singer spoke about the name of the song in an interview with Hitch magazine:

True story: I had the track done before I had a title. I wanted something catchy like "Sloopy" or "Bony Maroney," but everything sounded so stupid. So Ritchie Cordell and I were writing it in New York City, and we were about to throw in the towel when I went out onto the terrace, looked up and saw the Mutual of New York building (which has its initials illuminated in red at its top). I said, "That's gotta be it! Ritchie, come here, you've gotta see this!" It's almost as if God Himself had said, "Here's the title." I've always thought that if I had looked the other way, it might have been called "Hotel Taft."

Of course, those initials spelled out "M-O-N-Y," and Tommy James and the Shondells had one of their five Top 10 hits in the U.S. All because they happened to look outside at the right moment.

"Mony Mony" wasn't even the only James hit that had a cover version even more successful as the original. Billy Idol's live version of the song charted at No. 1 on the Billboard Hot 100 in 1987. The song it knocked out of the top spot? Tiffany's cover of "I Think We're Alone Now," which also happened to be originally written by James and Cordell and performed by Tommy James and the Shondells.

James seems to be a firm believer in the idea that it's better to be lucky than good. In addition to the unusual way "Mony Mony" got its name, James stumbled onto another hit with his song "Mirage," which hit No. 10 on the Billboard Hot 100 chart in 1967.

Astute observers might realize "Mirage" sounds quite similar to "I Think We're Alone Now." That's because it uses the same chords: during a songwriting session, James' producer Bo Gentry accidentally inserted the master tape for "I Think We're Alone Now" backwards into his reel-to-reel tape player. The group liked how the "new" chord progression sounded, and wrote new words to create "Mirage."

A couple of lessons here: be sure to take a break and walk outside every once in awhile, and don't be afraid to work through a problem backwards. It just might give you a smash hit or two.