The Amazing Tale Of The Recording Of "No Diggity"

Even if you're not a fan of rap or hip-hop, you've likely heard the song "No Diggity" by Blackstreet. The song, which was released in September of 1996, became a smash hit, reaching No. 1 on six different charts worldwide, including the U.S. Billboard Hot 100. While the radio version just features Blackstreet, the song itself features rap verses from Dr. Dre, Teddy Riley and Queen Pen.

In 1996 alone, the song went platinum, selling 1.6 million copies. It took home the 1998 Grammy Award for Best R&B Performance by a Duo or Group with Vocals and was nominated for a Grammy Award for Best R&B Song. It's been covered by more than a dozen artists, featured on countless "Greatest Songs" charts, and even showcased its timelessness by climbing back into the Top 40 of the UK Singles Chart in March of 2013… an astounding 16 years after its initial release there.

All of those accolades are made even more impressive by the fact that the song almost never saw the light of day.

Riley served as co-producer of the song. Despite a strong track record as a producer – he's worked with artists like Michael Jackson, Bobby Brown, and Keith Sweat, and is credited with the creation of the new jack swing genre – he had a hard time getting anybody to record "No Diggity." 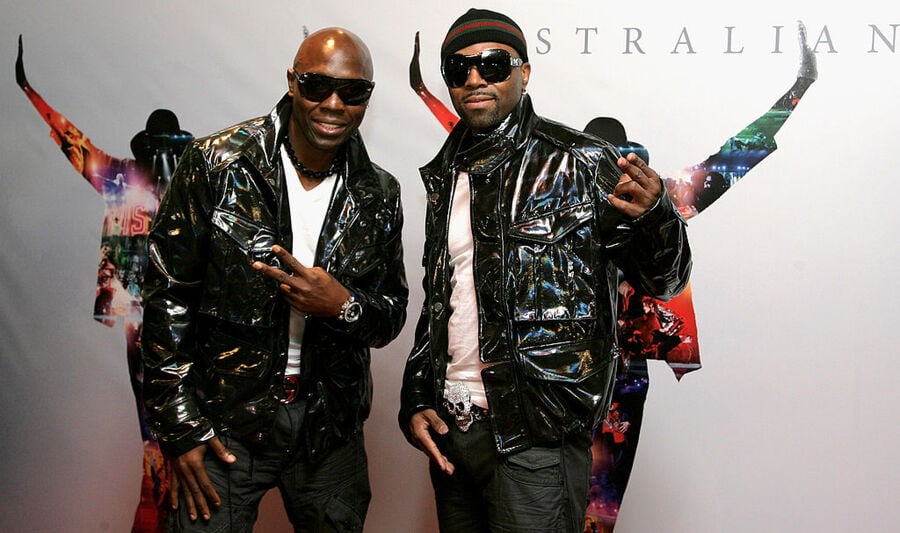 Riley initially offered the song to his group Guy to aide their short-lived reunion in 1996. Ultimately, Guy didn't record any material, so Riley suggested the group's lead singer Aaron Hall put his vocals on the track, but Hall refused to take part in the recording.

After those rejections, Riley brought the song to Blackstreet, his other group at the time. They had a similar reaction upon first hearing "No Diggity" played for them. Here's Riley, in an interview with Soul Culture, describing how his fellow band members weren't big fans of the track:

"None of the guys liked 'No Diggity'. None of them. They would even say it. That's why I'm singing the first verse.. You know how they say they pushed the little one out there to see if it tastes good and see if he would get egged? Well they pushed me out there – and it became a hit. And now they wish they were singing the first verse, so that they can have the notoriety like me. So [now] they trust what I'm saying…"

Fortunately, Riley knew from his time as producer what songs had the potential to be hits. With a little bit of prodding, he was able to get his group to become fans of "No Diggity" and record it. To this day, it's still the group's only #1 hit, and Riley can smile anytime someone's singing "shorty get downnnn," to the tune of his hit single.