Former Best Friends Lil Wayne And Birdman Are Now Worst Enemies. Why? How? And What Happens Next??

Lil Wayne and Cash Money Records CEO Bryan "Birdman" Williams have arguably been the most inseparable duo in hip-hop over the course of the past decade. Whether it was Lil Wayne calling Birdman his "daddy," or the pair admitting that they kiss each other on the lips to greet each other as a result of their father-son like relationship, it seemed as if there was nothing that could separate the two New Orleans born musicians. Fast-forward to this week, and it seems like the relationship between Lil Wayne and Birdman can't get any worse. Earlier this week, Wayne made an accusation against Birdman that, if true, may end up costing the Cash Money record label two of its most popular and highest earning signees. What caused the relationship between Birdman and Weezy to get to this point? Let's take a look back at the timeline of Wayne and Birdman's beef.

The public feud between Wayne and Birdman all started on December 4 of last year, when Wayne, after experiencing several delays in the release of his 11th studio album, Tha Carter V, let off a series of tweets blaming the delay on his mentor, Birdman. He added that he wanted off of the Cash Money label, and that he was sorry for his fans who were awaiting the release of the album. 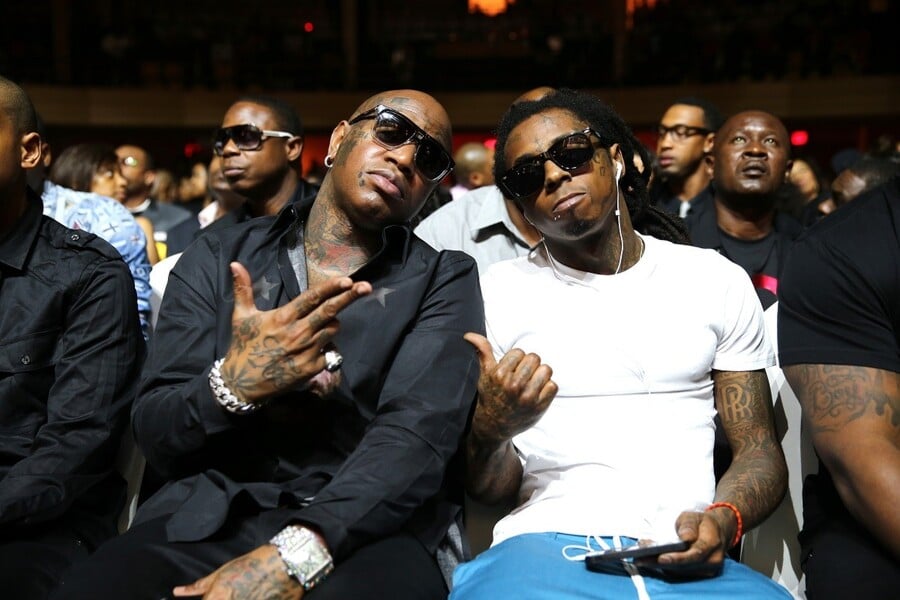 Many people believed that Wayne was just blowing smoke, some thought that Wayne's rant was nothing more than a way to create buzz for the album. Those ideas were dashed in January of this year. After taking shots at Birdman on his Sorry 4 The Wait 2 mixtape, Wayne filed a lawsuit against Cash Money Records for $51 million. The suit alleged that the label failed to pay $10 million for the advance and completion of Tha Carter V, and failed to make royalty and profit payments to him. Wayne also stated that he would want to take control of the Cash Money label. Birdman currently owns 51 percent of the label, while Wayne owns 49 percent of the label.

In February, after announcing the release of the Free Weezy album, Wayne confirmed in an interview that he and Birdman are no longer on speaking terms, saying that he's "super-numb" to the situation. In March, Wayne continued to take shots at his mentor, this time utilizing the Young Money cypher as his platform. Said Wayne: "I sing 'Dear Mama' to my dear mama and sing 'Hit 'Em Up' to my daddy b–ch ass."

Though things have been quiet between the two in recent months, things seem that have heated up once again. In new documents submitted by Wayne earlier this week, he claims that the Cash Money record label has managed artists so poorly and that their failure to pay profits to many of its artists, may compel their two biggest artists, Drake and Nicki Minaj, to leave the label. This would be a major blow to the label.

Though this battle between Wayne and Birdman does not seem to have a resolution in sight, hopefully they can hash out their differences sooner rather than later.