Karma may be the reason for of all of Suge's continuous drama and events leading to his downfall – he is facing serious time in prison, financial and health issues, now having an estimated net worth of $200,000. Marion "Suge" Knight, 50, who was once considered to be the most intimidating man in hip hop, currently spends his time behind bars in a Los Angeles jail fighting a murder conviction.

For those who don't remember what incident we are referring to, let us jog your memory: On January 29, 2015, Suge Knight was allegedly involved in a fatal hit and run accident in Compton following a fight that had taken place on the movie set of the upcoming N.W.A biopic, Straight Outta Compton — which is co-produced by Dr. Dre and Ice Cube.

Witnesses say Suge plowed his vehicle into two victims, killing Terry Carter and injuring Cle Sloan. Suge then reportedly fled the scene and left his car in a parking lot. The events were captured on a coarse surveillance video, which was obtained by TMZ.com.

According to recent reports, new video evidence shows the former hip hop mogul being violently attacked by armed men. Knight's attorney, Thomas Mesereau, is hoping the new evidence is enough to get Knight's bail reduced from $10 million at his court hearing on July 17.

"Mr. Sloan was armed, as were others," Mesereau wrote in a court filing. "Weapons are visible on the video provided to the court … this video shows (Knight) being viciously attacked and fleeing for his life."Most significantly, the video discloses one of his attackers brandishing a weapon. When this armed attacker [Sloan] dropped his gun, the video depicts an associate retrieving the weapon and placing it in his waistband." 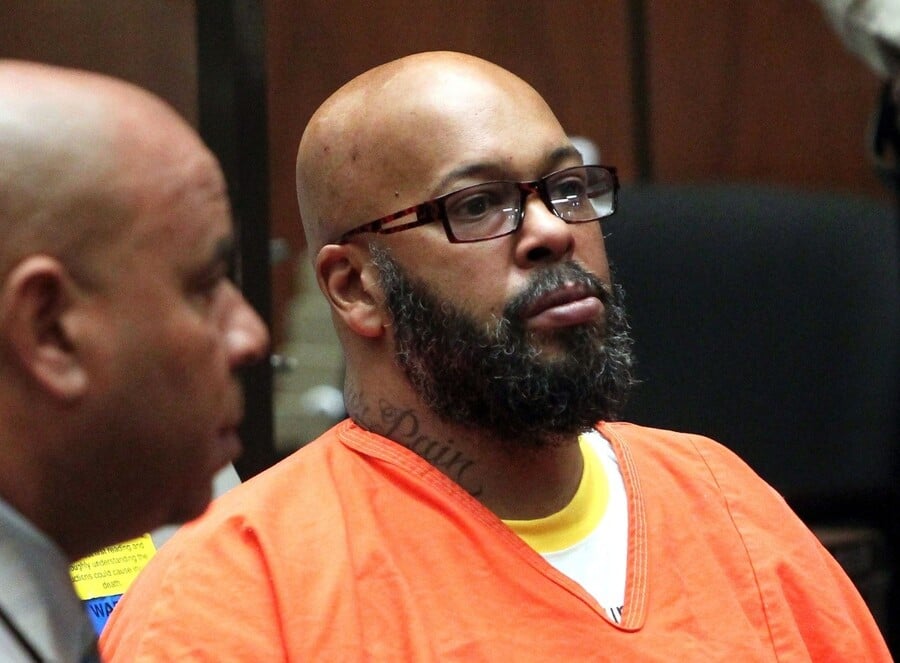 During Sloan's April testimony, he claimed to not have a gun and also refused to identify Knight in the courtroom – stating that he didn't remember much about the confrontation. He also testified that he would not be used as a "snitch" in order to get Knight locked up.

Mesereau went on to ask for the dismissal of the case at a recent hearing, but was denied by Superior Court Judge Ronald Coen.

An additional motion was filed by Knight's attorney requesting private health care for Knight, who is blind in the right eye and suffers from diabetes and high blood pressure.

According to written court documents from Mesereau: "Knight suffers from significant health issues that are not being adequately addressed by the Sheriff's Department.

"Since his arrest and incarceration at Men's Central Jail on the instant charges, he has passed out numerous times and been taken to USC Medical Center, then returned to his cell without being told what the medical results were. He is currently suffering from numbness on one entire side of his body, and has been advised by medical staff that they suspect he may have a brain tumor."

If convicted of murder, Knight faces a mandatory sentence of 25 years to life in prison. In a separate case, Knight faces charges of robbery and making threats pertaining to a 2014 confrontation with a photographer.