Suge Knight is universally recognized as one of the most menacing figures in the history of hip-hop. The co-founder and former CEO of Death Row records has been involved in some of the most notorious beefs in hip-hop history, the most infamous being the beef between Tupac Shakur and The Notorious B.I.G, which tragically ended with both legendary rappers being murdered in cases which remain unsolved to this day. Known for his quick temper, Suge has also reportedly tried to harm rappers such as Snoop Dogg, the late Eazy-E and others. We can now add another legendary rapper to the list of rappers that Suge has tried to harm, if said rapper's bodyguard is to be believed.

According to Eminem's bodyguard, who goes by the name Big Naz, Suge Knight allegedly tried to kill his client on numerous occasions. The first encounter he details is when he and Eminem were at the Source Awards. He says that at the award show, he and Eminem were actually separated, because the way the seats were set up, bodyguards couldn't sit with the artists. That's when the trouble started, according to Big Naz. 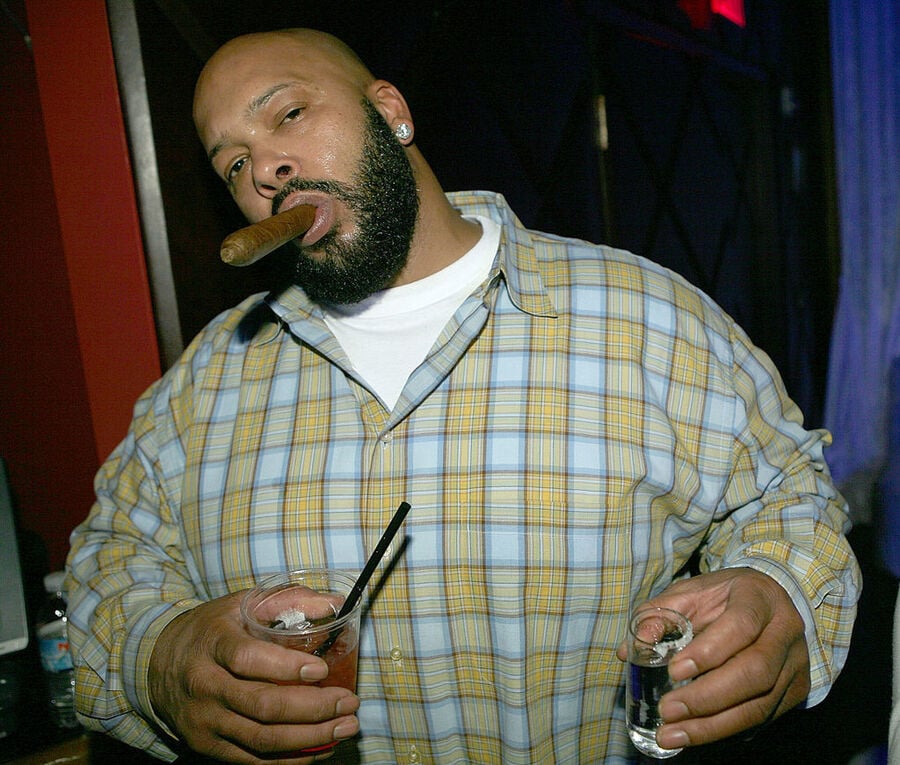 "I notice Em is in the aisle and he is beefing with all these guys in red shirts," said Big Naz. The guys in red shirts went on to say "Death Row motherf***ers! Suge sent us to strong arm Eminem and it's going down!'" Once Naz saw the situation, he said he had to "bust throw the middle and snatch him up." called Dr Dre, who was backstage at the award show, and got his bodyguards to get Em out of the potentially dangerous situation. "We were in beast mode the whole time," said Big Naz.

He then spoke of another situation in Hawaii involving Em and Suge Knight, which he called the "scariest moment." "When the plane lands [in Hawaii] we are greeted by 20 Honolulu police officers and they told us that Death Row is here — they tried to hem [Snoop Dogg] up. Suge Knight had sent 50 guys to try to break up the show. When we got there, vacation mode was over, we were lockin'-n-loading, putting on bullet proof vests with their wives and girlfriends sitting next to them. We had to have Interscope pick up the tab to put Honolulu police with each bodyguard, because of how deep Suge was over there."

Considering that Suge Knight is currently in jail awaiting a trial on murder and attempted murder charges stemming from a 2015 hit-and-run, Big Naz's story isn't too hard to believe.