By Marvin Jules on September 3, 2016 in Articles › Music News

Straight Outta Compton was a huge success in theaters last summer. The film masterfully showcased the rise of legendary rap group NWA, and received mostly rave reviews from critics. One of the most talked about characters from the movie was NWA's manager, Jerry Heller, who was played by Paul Giamatti. Though the movie began with Heller looking like a sympathetic figure, it ended with Heller more or less looking like the bad guy. Let's take a look at who the real Jerry Heller was, and his role in N.W.A.'s rise and demise.

Heller was born and raised in Shaker Heights Ohio. He served in the Army and ended up moving to California in 1960 at the age of 19. Lucky for Heller, Rock and Roll was a budding music genre, and he was able to get a job with a talent manager who represented Hollywood performers who were close to the end of their careers. After a few years of working in the business, Heller made quite a name for himself,  and got to work with some of the top names in music. 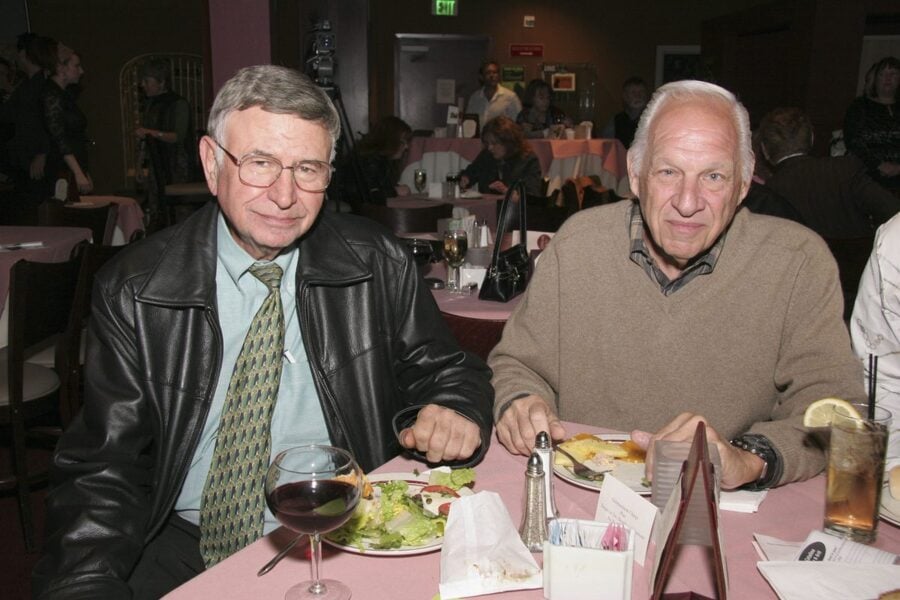 According to Heller, he worked with members of the Eagles when they were known as Longhorn Pennywhistle, and worked with other legendary artists, such as Otis Redding, Ike Turner, Marvin Gaye and Van Morrison. He was one of the most powerful people in the music business during the 60s and early 70s, but never seemed to stick with any particular artists for an extended period of time, which led to his being cast out of the upper echelon of the music industry. That all changed when Heller met Eazy-E.

Heller and Eazy-E first met on March 3, 1987, in the offices of Macola Records, which was one of the most important labels in California's indie rap scene, where artists would press their home-recorded material and often sell the recordings out of the trunks of their cars. In 1987, Heller was helping a gentleman by the name of Alonzo Williams with the management of a group called World Class Wreckin' Cru, which featured Dr. Dre, DJ Yella, and a rap group called C.I.A., a group that Ice Cube was a part of. Williams set up a meeting between Heller and a gentleman by the name of Lorenzo Paterson (the future MC Ren), who came with Eazy-E. Eazy then played for Heller "Boyz-n-the Hood," which was Eazy's debut single. Heller was so impressed with the record that he and Eazy began planning the formation of Ruthless Records.

Together, Eazy and Heller formed Ruthless Records, which became the vehicle of NWA releases. Eazy owned 80 percent of the company, while Heller had 20 percent. The compilation album N.W.A and the Posse was released on November 6, 1987, and went Gold in the U.S. Eazy-E's debut, Eazy-Duz-It was released on September 8, 1988, and has sold over 2.5 million copies in the States. N.W.A.'s legendary Straight Outta Compton album was released on August 9, 1988, and has sold over three million copies. During the height of Ruthless Records, the company was reportedly bringing in over $10 million a month.

Ice Cube left the group in 1989 over royalty disputes, claiming that Heller was stealing money from the group. Ice Cube later dissed the group on "No Vaseline" in 1991, taking heavy shots at Heller, saying that Heller was the reason for N.W.A.'s demise. In 1991, N.W.A released their final album, Niggaz4Life. Dre later left the group to join Suge Knight's Death Row Records after allegations of Suge Knight's shaking Eazy E down to sign away his contract along with other Ruthless Records signees came to light.

Heller is frequently painted as the bad guy in the N.W.A. story, with many believing that he sided with Eazy too frequently and didn't care about the welfare of the other group members. Ice Cube has gone on record, saying he felt that Heller was "just worried about Eric (Eazy-E)." Heller has, after all, referred to Eazy "like flesh and blood," and has said that the best period of his life was from March 3, 1987, to March 26, 1995; the date he met Eazy E, right up until date Eazy died from complications from AIDS.

While the movie Straight Outta Compton continues to do big numbers in theaters, the legend of N.W.A. and Jerry Heller continues to grow. While former members Dr. Dre and Ice Cube have made terrific careers for themselves and continue to stay relevant decades later, MC Ren and DJ Yella have shied away from the spotlight. The same goes for Heller. Though he currently resides only an hour away from Compton, he is no longer involved in the inner workings of the hip-hop game. His lasting legacy is one of a manager who may have cut short the lifespan of one of the greatest hip-hop groups in history.

Unfortunately, Jerry Heller died on September 3, 2016 at the age of 75. At the time of his death, Heller still lived two doors down from the Eazy-E's former infamous mansion where wild parties were held. Heller also still owned and drove a white BMW that had the license plate "RTHLSS2". The BMW was a gift from Eazy-E.