By Marvin Jules on September 3, 2016 in Articles › Music News

Drizzy. 6 God. Champagne Papi. Whatever name you use to refer to Drake, one thing is for certain; while legends like Rakim, Nas, and Jay Z are still doing their thing, there is no denying that Drake is the biggest name in hip-hop right now. With a year that has seen him have a hand in the two top debut selling weeks for a hip-hop album, reach 100 hits on the Billboard Hot 100, and win the most high profile hip-hop beef in recent memory, it seems like Drake cannot lose. The 28-year-old artist has come a long way from his humble beginnings as a kid in Toronto. Let's take a look into the life of one of the biggest names in music.

Aubrey Drake Graham was born on Oct. 24, 1986 in Toronto, Canada. He was raised primarily by his mother, Sandi Graham, in a Jewish household. Drake's father, Dennis Graham, divorced with Drake's mother and moved to Memphis, Tennessee when Drake was very young. Drake lived in two neighborhoods when he was in Toronto; Weston Road, until he was in the sixth grade, then moving to Forest Hill, which is an affluent part of Toronto. Despite moving to a better part of Toronto, Drake himself has said he and his mother were from rich. Drake is quoted as saying that the house that he and mother lived in "was not big… was not luxurious. It was what we could afford."

Drake went to two high schools in Forest Hill; Vaughn Road Academy, and Forest Hill Collegiate Institute; where he began his acting, and ultimately met the father of a high school friend, who was the agent who helped him find a role on the Canadian TV show Degrassi: The Next Generation. Drake dropped out of high school to take the Degrassi role, but eventually went back to receive his high school diploma in 2012. Drake joined Degrassi in 2001 at the age of 15, starring as Jimmy Brooks, a basketball player who was confined to a wheelchair after being shot by a classmate. Despite that fact that he was acting on national television, Drake says that he and his mother "we very poor, like broke." The money Drake had coming in from the show was the only money he and his mother had coming into the house at the time, describing his paychecks from Degrassi as "under a teacher's salary."

All while appearing on Degrassi, Drake began to kick-start his rap career. In 2006, Drake released his debut mixtape, Room for Improvement, which Drake described as "pretty straightforward, radio friendly, not much content to it." Drake released his second mixtape, Comeback Season in 2007. This mixtape spawned the hit "Replacement Girl," featuring Trey Songz. Drake began to build some more buzz as an artist after the release of this mixtape, becoming the first unsigned Canadian artist to have a music video featured on BET with the video of "Replacement Girl." The mixtape also featured a freestyle over "Man Of The Year," which was originally a song by Lil Wayne, Brisco, and Flo Rida. As a result of the mixtape's success, Drake was called by Lil Wayne in 2008 to fly to Houston and tour with him, eventually becoming a part of Lil Wayne's Young Money crew.

In 2009, Drake released his third mixtape, entitled So Far Gone. The mixtape, which featured the likes of Lil Wayne, Bun B, and Trey Songz, among others, was massively successful, and was what catapulted Drake into the mainstream. The mixtape spawned his first two singles: "Best I Ever Had" and "Successful." Drake became only the second artist to have his first two singles reach the Top 10 on the charts in the same week.

Drake continued to appear on Degrassi until 2009. Very recently, Drake revealed why he left the show. "Back then, I'd spend a full day on set and then go to the studio to make music until 4 or 5 a.m.," said Drake. "I'd sleep in my dressing room and then be in front of the cameras again by 9 a.m. Eventually, they realized I was juggling two professions and told me I had to choose. I chose this life."

In mid-2009, Drake signed with Young Money Entertainment, and released So Far Gone as a seven-track EP, in which five of the songs were already released on the mixtape. It debuted at No. 6 on the charts, and has been certified gold.

Drake released his first official album, Thank Me Later, in 2010, which featured the likes of Kanye West, Jay Z, Eminem, Lil Wayne, and Trey Songz. The album went platinum in a matter of weeks, and received a Grammy nomination, and also spawned hits such as "Over," "Find Your Love," "Miss Me," and "Fancy." In 2011, Drizzy followed up the success of his first album with Take Care, which was massively successful, debuting No.1 on the Billboard charts, selling 631,000 copies in its first week, and has gone double platinum since its release. The album also won Drake his first Grammy for rap album of the year. 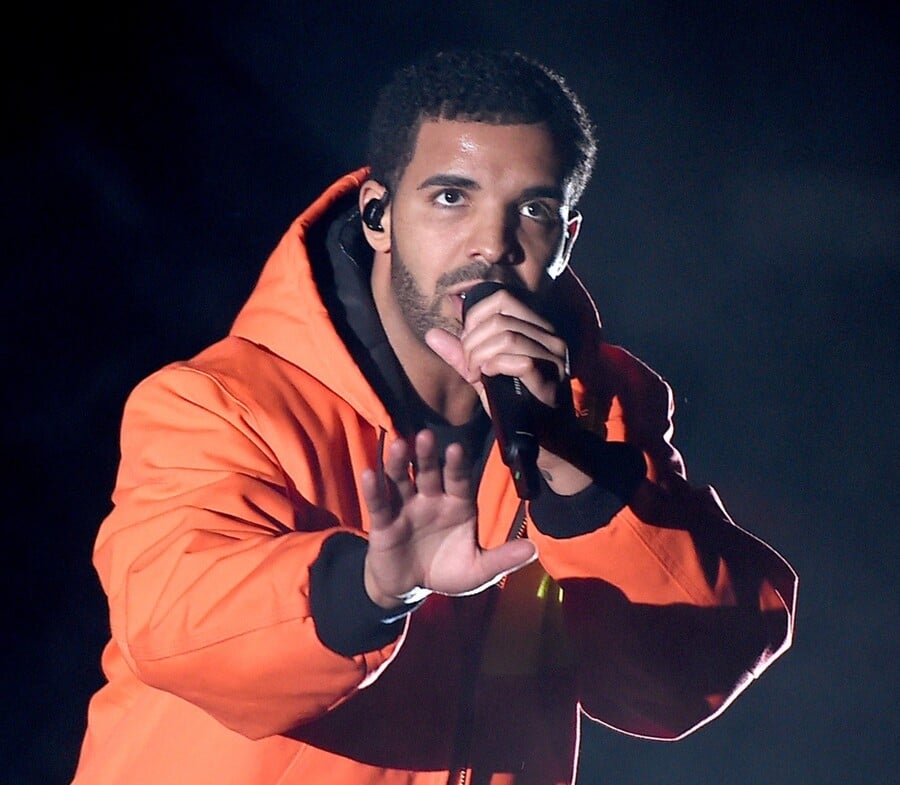 Two years elapsed between the release of Take Care and his third studio album, Nothing Was The Same, but Drake continued to hop on features in the meantime, and also formed his own record label, OVO Sound, which is currently distributed by Warner Bros. Records. When Nothing Was The Same was released in late 2013, it went No. 1 on the Billboard charts, and sold 658,000 copies in its debut week. The album has gone platinum since then.

Fast forward to this year, and Drake can't lose. His surprise project, If You're Reading This It's Too Late, debuted No. 1 on the Billboard charts, and sold 495,000 copies in its first week, making it the best debut week for a hip-hip album this year. The project has gone platinum since. Drake and Future's collaborative mixtape, What A Time To Be Alive, also debuted No. 1 on the Billboard charts, selling 375,000 copies (including streams). This marked the first time a hip-hop artist has had two No. 1 album in a calendar year since Jay Z did so in 2004.

Drake just continues to win. Oh and remember when Drake spoke about his childhood being rough financially? Well, it's safe to say that money isn't a problem in Drake's world anymore. Drizzy earned $40 million this past year, and has an overall net worth of $85 million. But as you read, the road was not an easy one. Congrats to Drake for his continued success.