It recently came out that Bruce Springsteen was looking to join the tide of top-tier music artists making big deals for their catalogs, and now a similar report has come out in Variety about singer/songwriter Sting. The Police frontman is said to be in "advanced talks" to sell off his own catalog for upwards of $250 million.

Some sources have it that Universal Music Publishing is currently the likeliest candidate to seal the Sting deal, while others claim he might make a more in-house deal with Sony Music Publishing, which has the catalog now. And the report also says that "[t]he deal has apparently been dragging on for several months." 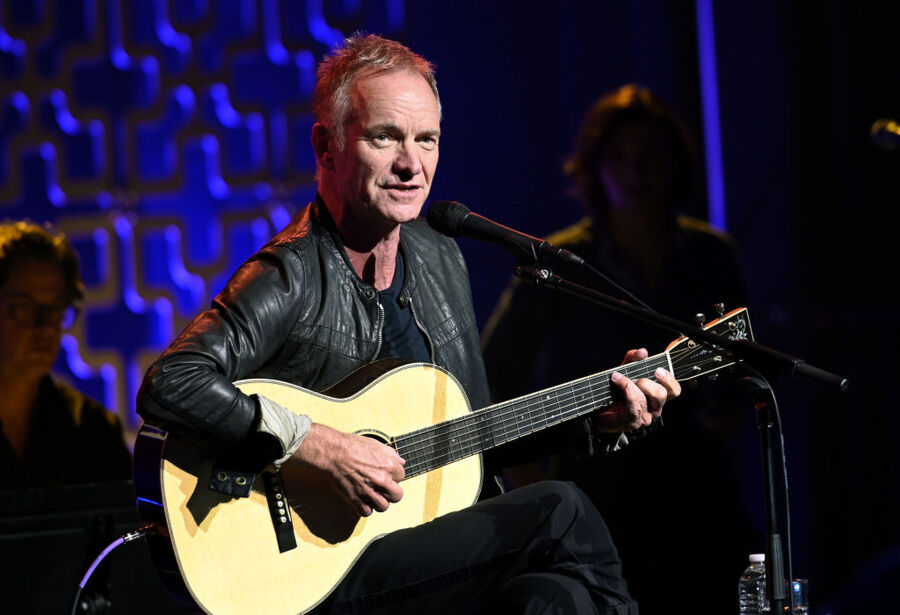 If Universal does end up buying Sting's publishing catalog soon, it will be happening almost exactly a year after they closed a similar deal with Bob Dylan, one of the first high-profile artists to make such a deal of late. That deal was ultimately revealed to be $400 million and is currently the largest deal ever paid to a single artist for a catalog.

In addition to publishing rights such Police classics as "Every Breath You Take," "Message in a Bottle," and "Don't Stand So Close To Me," the deal would naturally include Sting's prolific songwriting output as a solo artist. Also mentioned in the report are recorded-music rights (as distinct from publishing rights) on Sting's entire solo catalog possibly being included in the deal, as per one source.

To give you an idea on just how lucrative Sting's catalog has been – let's quickly revisit the story of P. Diddy – who was then going by Puff Daddy – and the song "I'll Be Missing You."

As you probably know, "I'll Be Missing You" uses a very prominent sample of a guitar riff from "Every Breath You Take." The riff is actually performed by Sting's band mate Andy Summers, but Sting is the sole-credited songwriter on the track which means he owns the song and all of its royalties.

Unfortunately Puff Daddy did not seek permission to use the sample in "I'll Be Missing You." By the time he asked permission, it was already clear that the remix would be a massive hit. So Sting didn't give an inch. He demanded – AND RECEIVED – 100% of I'll Be Missing You's publishing royalties. For about a decade after the song's release, it was the highest-selling single in history.

In 2010, Sting's former business manager claimed that "Every Breath You Take" – thanks in a big way to Diddy – is responsible for more than 1/4 of all the singer's lifetime publishing income. Furthermore, his business manager estimated that at that point in time Sting earned an average of $2000 in royalty income from the song, every single day. That's before streaming services like Spotify, Pandora, YouTube etc. started paying artists fairly enormous royalty checks.

So ya, this is why Sting is in the position to get a quarter-billion payday from his music catalog 🙂