When you think about the biggest moneymakers in hip-hop, the usual suspects such as Jay Z, Puff Daddy, and Dr. Dre, among others, all come to mind. What all of the top moneymakers in the hip-hop game have in common is longevity, legendary music, and the fact that they have all aligned themselves with and/or have created wildly successful businesses. But if one 25-year-old rapper is to be believed, we should start putting his name among the biggest moneymakers in the hip-hop game as well.

Soulja Boy, who currently has a net worth of $25 million (which might be a generous estimate), first came onto the scene in 2007 as a 16-year-old with his smash single "Crank That." Though the song was wildly successful, spending seven weeks at the No. 1 spot on the Billboard Hot 100, he has failed to replicate the success of his debut single, almost 10 years later.

Despite his lackluster success on the charts since his debut single, he has some success on the entrepreneurial front, creating SBreezy Lights, hoverboards with his Soulja Boy branding on them, and a Soulja Boy app. Despite all of his business moves, we still find it incredibly hard to believe that Soulja Boy may have just signed a contract worth almost a half-billion dollars. 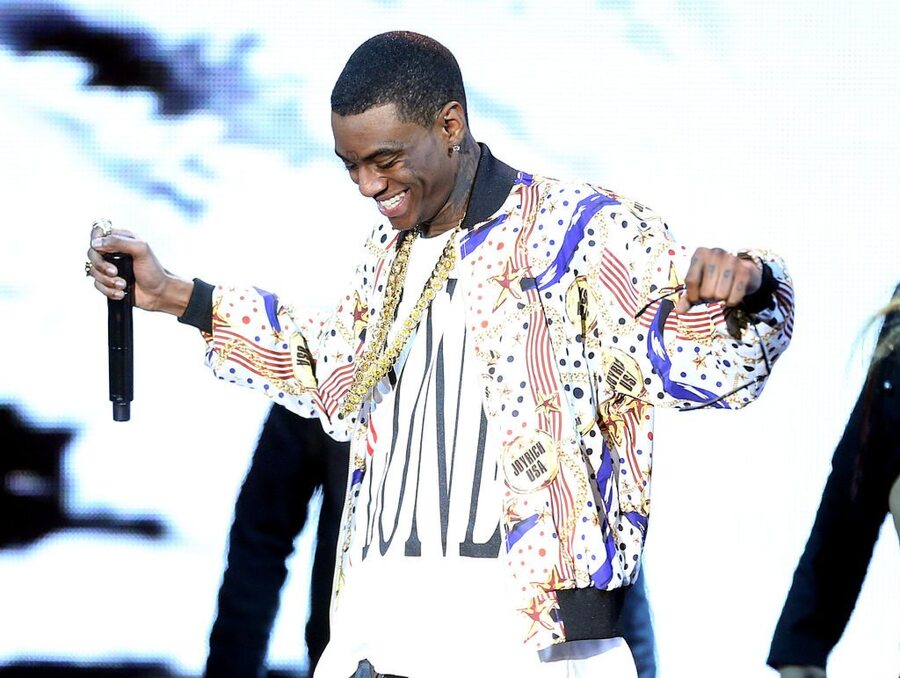 Earlier this week, Soulja Boy claimed on Twitter that he signed a "$400 million deal." He went on to say he thinks that "they low balled" him and that he was "thinking 2 or 3 billion." In the tweet that followed, he stated that major news outlets CBS, Fox, and Forbes have been fighting over the rights to have to have the story.

Soulja wasn't specific as to whether the contract was music related or business related. Now, please forgive us if we're a bit skeptical of Soulja Boy's claims. If we're talking about music, the largest record deal signed in history was between Michael Jackson's estate and Sony Music back in 2010; for $250 million. That contract was a seven-year deal in which the label had the right to release previously unreleased songs, DVDs and video games. So if the estate of the King of Pop signed a deal for $250 million, who in their right mind would sign Soulja Boy to a deal nearly double that amount? Nobody, that's who.

So if the $400 million deal is to be believed, it would almost certainly be on the business side. But we still find it hard to believe that one of Soulja Boy's ventures would help net him almost a half-billion dollars. Puff Daddy, who markets the wildly popular Ciroc vodka, reportedly signed a deal worth $100 million with the brand, while Dr. Dre's Apple/Beats deal reportedly helped net him anywhere from $400-500 million. The brands and people involved with the Puffy and Dre deals have much more cachet and financial muscle behind them than almost any deal Soulja Boy would be able to sign at this point in his career.

We could be wrong, but it seems that Soulja Boy is playing a very late April Fools' joke on everyone.