Concerts can be one of the best experiences of your life if everything goes well. There is nothing like seeing your favorite artist perform your favorite song, live in the flesh, while you sing along to each and every word. With that being said, there are some occasions where going to see your favorite artist live can be an extremely negative experience. Equipment malfunctions can lead to the audience not being able to enjoy the concert as intended, or as was the case of one girl who went to a Snoop Dogg and Wiz Khalifa concert earlier this year, getting injured as a result of a railing collapse. Now, her family, along with 16 people injured at the show, are suing the rappers for negligence.

Back on August 5th, a railing collapsed at Camden, New Jersey's BB&T Pavilion during Snoop Dogg and Wiz Khalifa's joint concert. When the railing, which separated the lawn section from the seating area, broke, 50 people fell 10 feet onto the concrete. As a result of the incident, at least 42 people were injured, and the remainder of the concert was canceled.

A few weeks after the incident, 17 people injured from the incident filed a lawsuit in a Philadelphia court against the rappers and the owner of the venue. The lawsuit blamed the accident on lack of proper precautions that would have ensured the safety of people attending the concert. The plaintiffs, which include 14 concertgoers and three workers, are looking for monetary compensation, though the amount isn't specified. 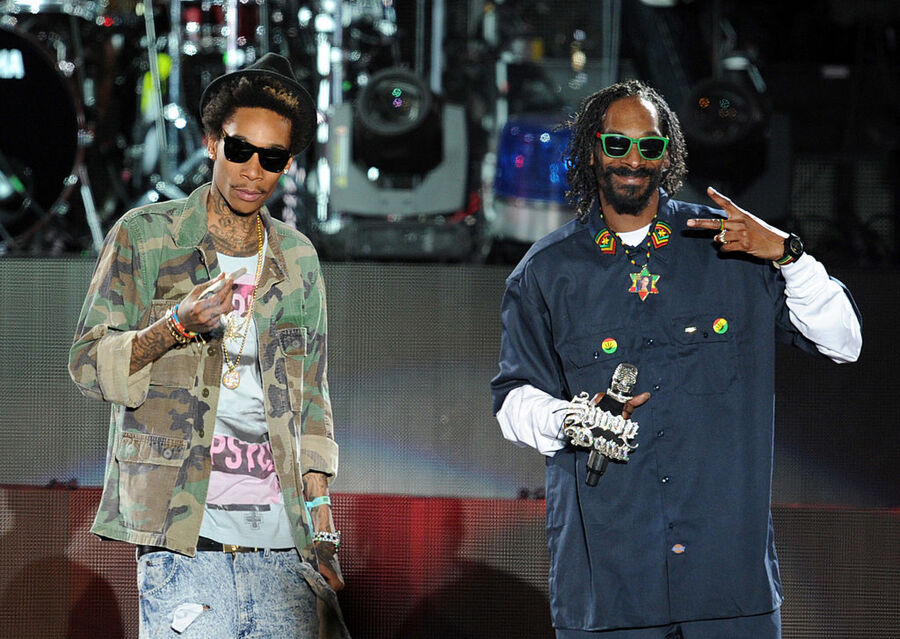 The grandmother blames Snoop and Wiz for the accident, saying that the accident was caused after the rappers yelled, "Everybody in the mother****g grass bring your ass down here." She also blames Live Nation for the incident for lack of crowd control.

Neither Snoop or Wiz's people have replied to the claims.