We've all been there: your friend asks you to borrow some money and promises that they'll pay you back as soon as possible, only to never actually pay you back. When the amount is small, perhaps $5 or $10, maybe you're willing to overlook it. But when the amount is $10 million, not so much. Justin Bieber's manager Scooter Braun finds himself in that exact situation.

According to TMZ, Scooter Braun's company, Ithaca Management Holdings, filed a lawsuit against Lady Gaga's former manager Troy Carter, claiming that Carter failed to pay back a $10 million loan that he was given in June 2016. Per the lawsuit, Ithaca Management Holdings claimed that the agreed upon deal was that if Carter's company received money from a case it was arbitrating with Carter's former client Lady Gaga, Carter would pay back the $10 million he was loaned.

The lawsuit claims that Carter's company did in fact settle the case with Gaga, but attempted to hide the money in order to avoid paying the loan, and that Carter ignored a letter sent to him demanding payment.

Carter told TMZ an entirely different story. He said that he never borrowed money from Scooter Braun, but instead agreed to re-purchase Atom Factory, which was a company that Carter had previously sold Braun. According to Carter, the agreement was that if he paid up front, Braun would give him a discount. He declined to go into specifics regarding whether or not he owes Scooter any more money. 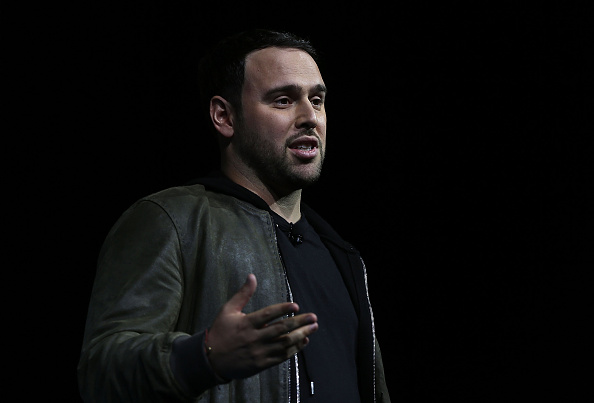 Carter then insinuates that race is playing a part in the lawsuit. "It's ironic how I can make it out of the streets, only to be extorted by paper gangsters and their attorney," said Carter.

He continued, "The only fraud is Scooter Braun professing to be a high integrity individual. The spurious speeches about equal rights don't square when you make excuses for clients that make jokes about 'n******s.' Or, attempting to spin the press when a client diminishes the horrific crimes of slavery. He goes on … "Had these comments been anti-semitic, he would've made sure those clients never worked again. It's financial gain over personal principals."

Carter ended the conversation with TMZ by saying, "There are only a handful of African-American executives left in our business and yet he's okay with attempting to falsely ruin my reputation."

It doesn't appear that there will be a resolution to this situation anytime soon.