You'll be hard pressed to find someone who actually LIKES paying taxes. As citizens of the United States though, we are all required to pay Uncle Sam. If you make the decision to not pay your taxes, it won't be long before the IRS sends a letter to your place of residence asking for their cut of your income; in addition to hefty penalties. One celebrity recently received one of those letters in the mail, and the amount he reportedly owes the IRS is pretty significant. 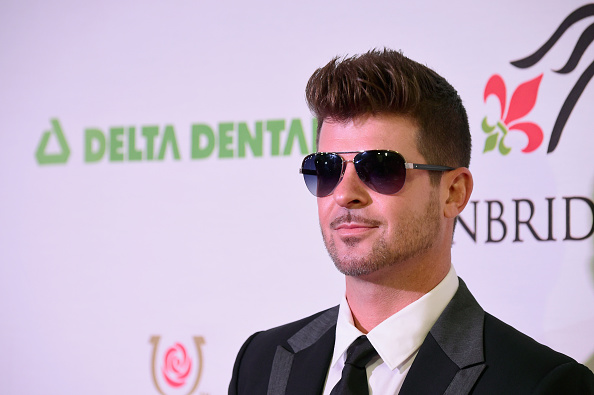 Thicke may have been living large in the years following the release of his smash hit "Blurred Lines," which served as the 40-year-old's first and only No. 1 single to date. Since the release of "Blurred Lines" and his album of the same name in 2013, Thicke has yet to recapture that same success. His 2014 album, 'Paula,' which the singer made as a tribute to his then-estranged wife Paula Patton, did not perform well on the charts. Thicke has yet to release an album since.

This wouldn't be the first time Thicke has been forced to fork over money. Back in 2015, Thicke and Pharrell Williams were both ordered to pay $7.3 million to Marvin Gaye's estate after a jury ruled that the song sounded too similar to Gaye's 1977 hit "Got to Give It Up."

Hopefully Thicke can find a way to pay off his tax debt.