Rihanna set the music and social media world ablaze with the release of her smoking hot video for her latest single, "Work," featuring Drake. Ri released not one, but two visuals for the song, shot by two different directors. The first visual, directed by Director X, is shot at a dancehall party, and features the 28-year-old Barbados native grinding all over Drizzy. The second visual, which is directed by Tim Erem, features Rihanna and Drake alone in a purple tinted room, with Rihanna donning a see through top (the visual is probably NSFW, so play it safe and watch the video in the comfort of your own home). While the visual had people talking for a lot of reasons, the song itself helped Rihanna achieve a remarkable accomplishment; one that involves the King of Pop himself. 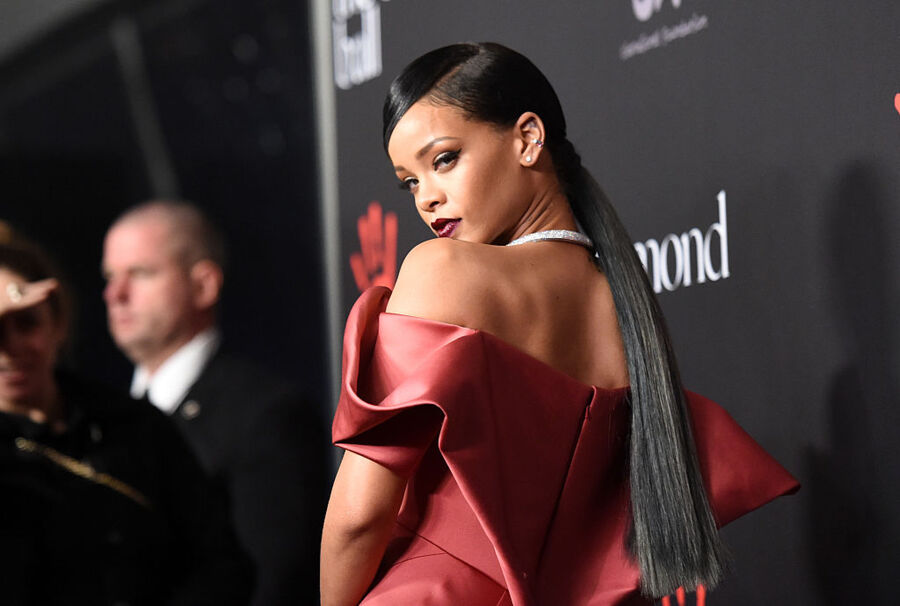 Rihanna's "Work" reached No. 1 on Billboard's Hot 100 this week, which now gives her 14 No. 1 singles. This now breaks the tie between her and Michael Jackson, giving her sole possession of the third most No. 1 singles by an a single music act in history. Rihanna's 14 No. 1 singles only trails Mariah Carey, who has 18 No.1 singles, and the Beatles, who have 20 No. 1 singles.

"Work" isn't the first Rihanna/Drake collaboration to take the No. 1 spot. Rihanna and Drake's 2010 single "What's My Name" also took the top spot on the charts. "Work" gives Drake two No. 1 singles in his career. Congratulations to Rihanna for her major accomplishment.