In 1989, the Red Hot Chili Peppers famously sang "Give It Away Now." It's a catchy tune and one that came to mind when news broke today that the Chili Peppers were joining the trend of selling their song catalog. They are not going to give it away now though—far from it.

The Los Angeles-based band is selling their song catalog to Hipgnosis Songs. The price?

The Red Hot Chili Peppers hit the scene in 1983 and have been a major influence in alternative rock ever since. RHCP is truly a collaborative effort, Anthony Kiedis, Flea, Chad Smith, and John Frusciante share the songwriting duties. The deal is expected to include all of the band's albums and biggest hits. So, yeah, we will all probably be hearing "Dani California" and "Under the Bridge" on car commercials and in TV shows soon.

It isn't clear if the Hipgnosis deal will include future albums, including the one the group is working on, which is the first album with Frusciante since 2006's "Stadium Arcadium".

RHCP has one of the best-selling catalogs in the industry with hits like, "Scar Tissue," "Californication," "Other Side," "Can't Stop," and "Suck My Kiss." 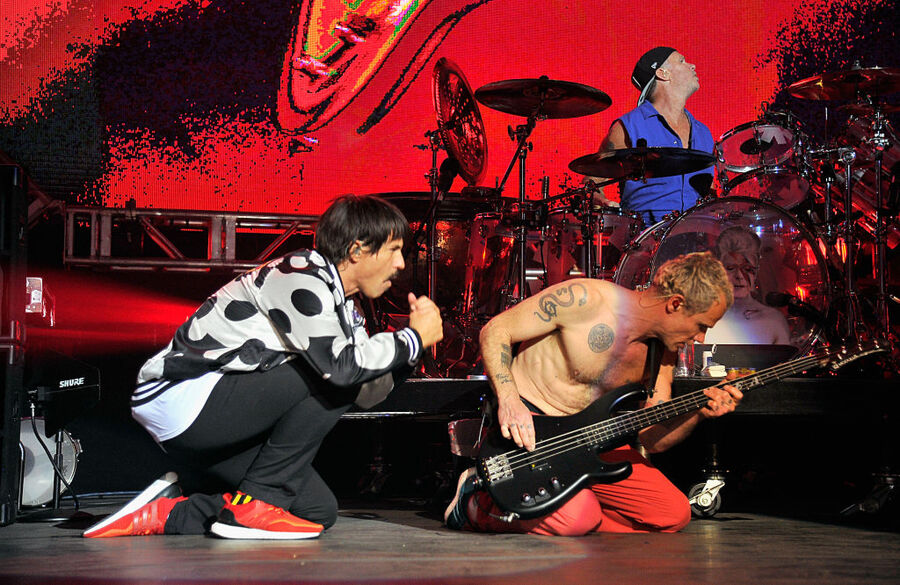 Hipgnosis Songs was founded in 2018. The firm has been on a buying spree lately, shelling out hundreds of millions of dollars to acquire the song catalogs of Neil Young, Richie Sambora, Lindsey Buckingham, Shakira, and Jimmy Iovine, to name just a few. Songwriters who sell their catalogs are choosing to take a payout right now rather than speculating on how much their catalogs can earn in the future. Selling the rights to their songs, or the right to publish their music has a lot of benefits for artists – especially in this age of the global pandemic when tours and merch sales have ground to a complete halt.

Buyers are taking a risk that they will be able to profit from the catalogs by placing songs in TV, movies, video games, and commercials. Furthermore, the value of music catalogs is skyrocketing thanks to royalties generated by music streaming services like Spotify, Pandora, and Apple Music.

Licensing presents a particularly lucrative revenue possibility for song catalog owners. A song that is featured on a popular show like "The Office" or "Grey's Anatomy" can provide a consistent income stream because those shows are replayed across online platforms, multiple broadcast and cable channels, and more. Additionally, there are a number of big tax benefits to selling a music catalog.

By buying song catalogs, Hipgnosis now can collect the money from royalties, licensing, branding, and other revenue streams that previously would have gone to the artist.

Hipgnosis had a huge year in 2020. The company bought the rights to music from Richie Sambora, Mark Ronson, Jack Antonoff, Rick James, Barry Manilow, Blondie, and Tom DeLonge.  In November of 2020, it bought the publishing rights to 33,000 songs from Kobalt Music Copyrights, which included hits from writers for Skillrex, 50 Cent, Nelly, and Christina Perri.