By now you've probably heard about the six-part docuseries about R. Kelly debuted on Lifetime called "Surviving R. Kelly". The show features interviews with several of Kelly's former girlfriends, his ex-wife and celebrities who detail the artist's alleged acts of sexual misconduct. The series revisits allegations that range from predatory behavior to pedophilia dating back nearly two decades. Mr. Kelly's lawyers tried unsuccessfully to prevent Lifetime from airing the show, claiming it is full of lies and potential defamation. Lifetime ignored the threat. Over the last few weeks, the show has caused incalculable damage to R. Kelly's career.

One big question people have been asking a bunch over the last two weeks (based on our internal traffic stats) is what is R. Kelly's net worth right now? Here's a guy who has been the driving force behind millions of albums and single sales. He's an incredibly successful songwriter and producer. He's been a part of massively successful world tours. Despite all these allegations and charges, surely he is extremely rich today, right? Well… not so fast. Let's dive into what we know. 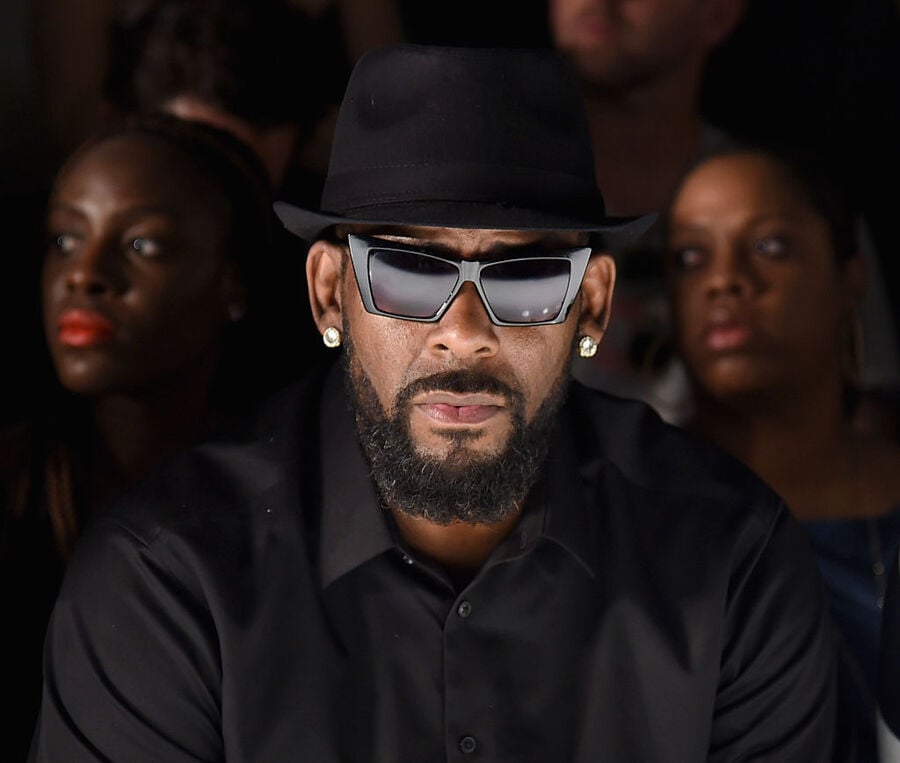 Let's start with some basic backstory. Robert Sylvester Kelly was born on January 8, 1967 in Chicago. He earned his big break when he won a $100,000 prize on the television talent show Big Break. Kelly signed with Jive Records in 1991 and released the album "Born into the 90s" with his group Public Announcement in 1993. Soon after, he released his solo debut "12 Play", which was eventually certified six times platinum. At the same time, he began a career producing records for others, including the debut album of the teenage pop singer Aaliyah. In 1995, his album "R. Kelly" sold four million copies. Soon after, his single "I Believe I Can Fly" topped the charts and won three Grammy Awards. Kelly released a series of multi-platinum albums in the 2000s, as well as the multi-part hip-hop opera Trapped in the Closet, which he released to radio stations in short portions.

As of this writing, Kelly has has released 17 studio albums, five compilation albums and five collaboration albums. In addition to his three Grammys, Kelly has won dozens of awards including several AMAs, a BET award and a many Billboard awards.

His producing career has been just as successful. Over the decades he has produced hundreds of songs for other artists, some of which became extremely successful. He has produced songs for Michael Jackson, Britney Spears, Toni Braxton, The Isley Brothers, Mary J. Blige, Celine Dion, Luther Vandross… just to name a few.

Had R. Kelly never experienced any legal problems, his net worth would easily top $150-200 million today. Unfortunately, as of this writing we peg his net worth at just $100 thousand. Where'd the money go?

Over the years, Kelly has reportedly paid tens of millions of dollars to allegedly settle dozens of lawsuits made by women who claimed they were abused by the singer. His career has also been negatively impacted in a major way which has made it very difficult for him to earn a steady income. In 2012, it was revealed that Kelly owed $5 million in unpaid taxes dating back seven years. In 2013, he lost a house to foreclosure. In 2017, Kelly was forced to cancel an entire tour due to slow ticket sales after new allegations surfaced.

He also reportedly lost a large portion of his net worth, potentially as much as $40 million in property and assets, after divorcing Andrea Lee. Robert and Andrea were married from from 1996-2009, the most lucrative years of his career.

In July 2018, R. Kelly released a 19 minute song on Spotify where he addressed many of his allegations. On this song, Kelly claimed to be broke and needed to tour "just to pay rent". He also admited to owing the IRS $20 million at one time and being forced to borrow several million dollars from his label to pay bills. His financial struggles are compounded by the fact that he can't tour in many countries oversees because of his controversies and his U.S. tours are frequently blocked by protests. Furthermore, Spotify and other streaming services have stopped serving his songs in public playlists. On Spotify, individuals can still stream his songs from their own account, but his songs will not be recommended in public playlists like Discover Weekly or in other Spotify-curated playlists and radio channels.

In January 2019, Chicago building inspectors were granted the right to search R. Kelly's recording studio after receiving reports that the structure had undergone multiple renovations without permits. R. Kelly does not own the studio, he has rented it since 2017. The 8000 square-foot building was actually listed for sale at the time of the inspection for $4 million. At the same time, the building owner had filed a lawsuit against R. Kelly seeking unpaid rent. According to the lawsuit, Kelly's rent is $23,000 per month and he hasn't paid in seven months. He owed the landlord $167,000 at the time of the filing.

On January 14, R. Kelly's record label RCA/Sony revealed that they were putting all of his future music releases on hold, effectively freezing Kelly out of earning more money. He owes RCA/Sony two more albums on his most recent record contract. RCA/Sony has also refused to provide money for new music videos. The label is in a tough position because, as of this writing, Kelly has not been convicted of any crime. It would seem legally tricky to fire him and hold back money based on allegations. If his contract contains a "morals clause", there's a chance RCA/Sony could use that to extricate themselves from the deal.

In late February 2019, R. Kelly was arrested on a series of new charges. His bail was set at $1 million, which could have been satisfied with a $100,000 payment. Unfortunately Kelly is so cash-poor that it took several days for him to come up with the money. In fact, it was reported that the $100,000 actually came from a woman named Valencia Love whose precise relationship to R. Kelly is unclear. While Kelly was in jail his ex-wife Andrea filed a suit seeking $160,000 worth of unpaid child support.