Nicki Minaj Is Being Sued For $263,000 Over Late Club Appearance

Being a world-famous celebrity seems like a great gig. Yeah, you may not have the privacy that normal people have, but in exchange, there are a lot of great perks. For example, Kim Kardashian reportedly requires $750,000-$1 million in order for her to tweet about your product. James Harden got a truckload of Adidas sneakers dumped on his front lawn earlier this year in celebration of his signing of a massive $200 million contract with the German footwear company. And Nicki Minaj came to an agreement to receive a massive amount of money for making a club appearance back in May. There's only one problem: Nicki apparently didn't stay at the club long enough. And now the club is suing the Young Money rapper for every single penny.

According to a lawsuit filed last week by Chateau Nightclub in Las Vegas, Nicki Minaj was scheduled to appear at the club at 12:00 A.M., after the Floyd Mayweather–Manny Pacquiao superfight on May 2 of this year. According to the lawsuit, Minaj was supposed to stay at the club for an hour, and perform two of her songs. In exchange, the 32-year-old rapper received an upfront payment of $263,000 for her services. Sounds simple enough, right? 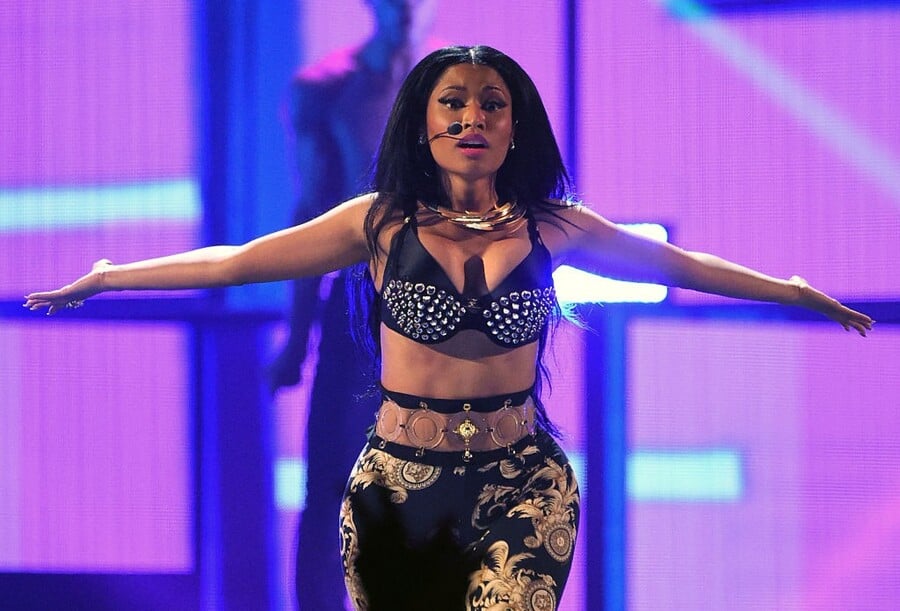 Well, things didn't exactly go according to plan. According to the lawsuit, Nicki arrived at the club at 1:19 in the morning; over an hour late. To make things worse, the New York native only stayed at the club for 34 minutes. The nightclub argues in the lawsuit that Nicki's late arrival affected their ability to sell VIP tables that would have fetched the club roughly $25,000 each. The club is not suing Minaj directly, opting to sue the rapper's booking company, Pink Personality instead.

Nicki Minaj received $263,000 to appear at a show in which she was supposed to be there for just two hours. To put how much that amount is into perspective, we recently ran an article on Ed Sheeran, who makes $95,000 for each show on his world tour, and makes roughly $33,000 in profit, after fees he has to pay. Let's assume Nicki had to pay her booking agency a 15% cut of the club's payment to her. That leaves Nicki with a cool $223,000. That means Ed Sheeran would have to play nearly 7 full shows to make the amount of money that Nicki Minaj made in just two hours (or according to the club, 34 minutes)! Insane!