The Musician With The Best-Selling Album Of 2016 Has Been Dead For Over 200 Years!

This year showed us that music streaming is the future. Drake was by far the biggest beneficiary of this new age of music consumption, where services such as Spotify and Apple Music reign supreme. The Toronto native's fourth studio album obliterated streaming records across the board, which led to the project being certified 4x platinum by the RIAA earlier this month. With numbers like that, many would expect Views to be the best selling album of 2016. But what if we told you that the artist who actually had the best selling album of 2016 has been dead for over 200 years?

Wolfgang Amadeus Mozart is one of the most legendary composers to ever walk the earth. With famous works such as "Serenade No. 13," "Requiem," and "Symphony No. 40," Mozart has remained one of the most popular musicians of all time. As a result, the classical period composer still has millions of fans across the globe centuries after his death. It is for this reason that Decca and Deutsche Grammophon produced Mozart 225, an album which is comprised of 200 CDs worth of Mozart's work that spans over 240 hours in length. 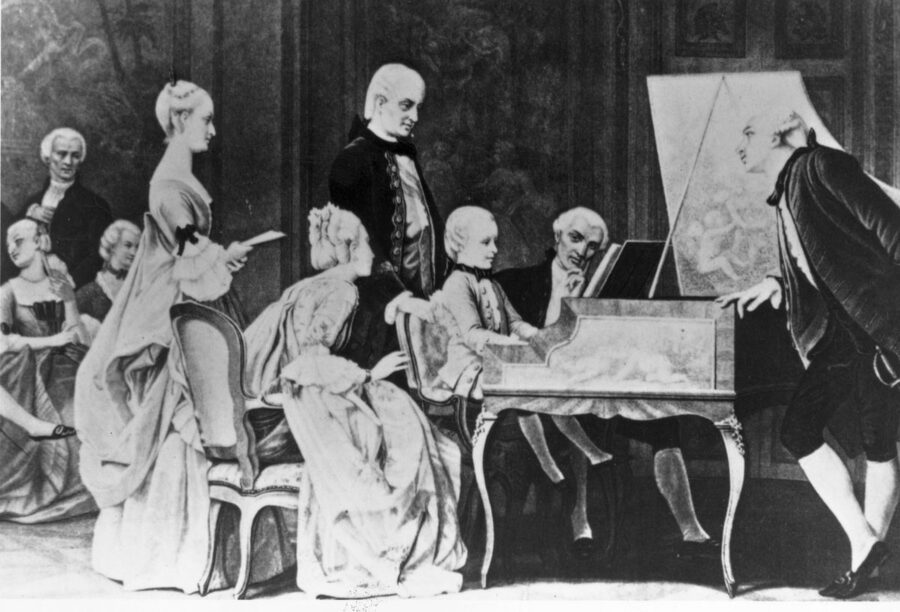 The album, which was released in October in collaboration with the Salzburg Mozarteum Foundation to commemorate the 225th anniversary of the composer's death, is advertised as "the most complete and authoritative edition of Mozart's works." It also includes performances on some of Mozart's own instruments. The album isn't cheap, though, with the most affordable "New" version of it being sold on Amazon at the hefty price of $548.59 (plus $3.99 shipping).

That didn't stop Mozart's album from being the best selling of 2016 though, with 1.25 million CDs being sold since its October release. But, that doesn't mean over a million people went out to buy the album. You see, each individual CD of the box set counted as an individual sale, which means that every person who went out and bought the box set accounted for 200 units. So after you do the math, roughly 6,250 people bought the set.

The numbers are the numbers, though. Congrats to Mozart for having the best selling album of 2016.