Mötley Crüe Is Being Sued For $30 Million

Opening acts are an important part of almost all concerts. While an anxious crowd waits for the main event, an opening act can provide some well needed entertainment and enjoyment before the headliner hits the stage. In addition, for an up and coming artist, being an opening act for a well known performer can be an invaluable opportunity for exposure. So the opening act/main event relationship sounds like a win/win proposition for both parties. Well one particular band who opened up for Mötley Crüe back in 2014 didn't feel that way, and now they're suing the band for a nice chunk of change.

New Yorkers Logan and Roger Raskin, who comprise the group The Raskins, opened for Mötley Crüe on a joint tour in the U.S. back in 2014. According to The Raskins, they were paid $1 million to open for Mötley Crüe and had their contract negotiated by Artist Group International. And now they say that contract wasn't honored by the Crüe, and that the conditions in which they had to open for the band were unacceptable. 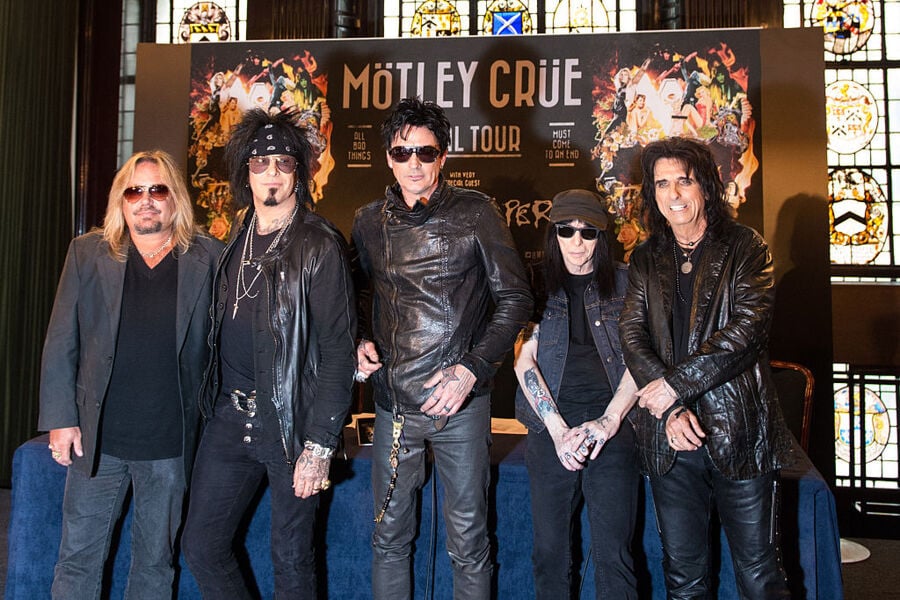 Per the New York Post: "The Raskins claim they were forced to play short sets in mostly empty venues after managers often refused to open the doors for shows; the public address system was turned off or interfered with during their shows; they weren't allowed to sell merchandise or give them dressing rooms; and they were hit with heavy equipment." Also, on a disgusting note, The Raskins claim that, while performing at a show in Connecticut, crew members working for the Crüe ran on stage with monkey masks and drenched the pair using "water guns filled with urine."

As a result of the negative experience the pair went through, The Raskins filed a lawsuit in Manhattan Supreme Court, suing Mötley Crüe for $30 million. The suit names Artist Group International, Tenth Street Entertainment and other production companies as defendants who have yet to make a statement regarding the lawsuit.