The band most famous for its influential heavy metal sound and for shedding light on online music piracy by successfully suing Napster in 2000, Metallica, is one of the few rock bands with longevity in the music business. Partly, the band's success is due to their legendary manager Peter Mensch who has also managed renowned groups such as Smashing Pumpkins, AC/DC, the Red Hot Chili Peppers and Def Leppard. As co-owner of a music management company called Q-Prime, which has become a reputable artist management company worldwide, it's safe to assume that Mensch is a very reliable source when it comes to the music industry.

So how exactly do modern rock bands really earn money these days in an evolving music industry, according to Mr. Mensch? Mensch, also known for managing massive tours with Madonna and The Rolling Stones, recently appeared on BBC Radio's 'Today' program and gave insight into the new trends for rock bands to make money in the music industry. 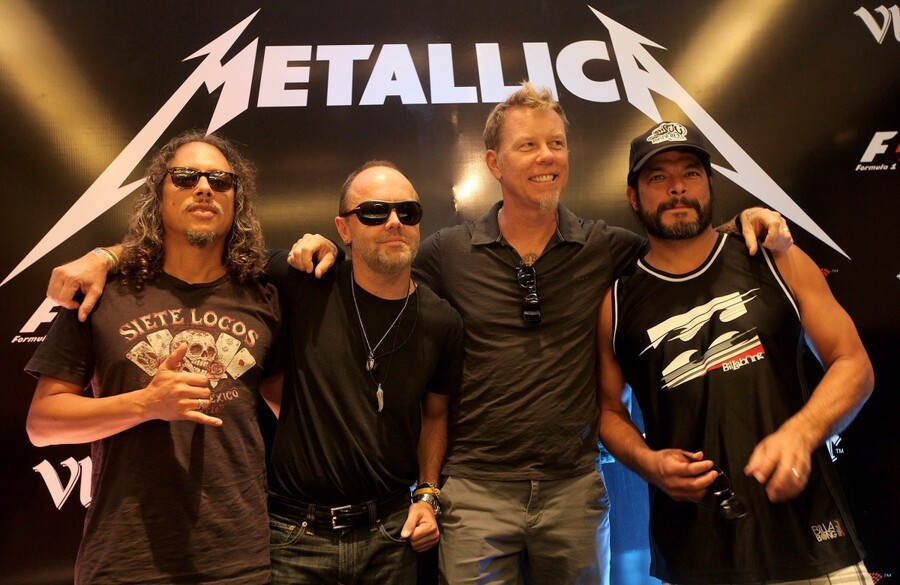 Peter simply stated that touring is the main source of income for rock bands because they don't make that much money anymore from music sales alone, such as physical or digital formats.

Here is a transcript of Mensch's comments about the decline in record sales and how bands have to tour more often to make ends meet:

"What used to happen, obviously, you used to sell enough records either to not go on tour, but you had enough money to go make another record, or do both. And it used to be, up until probably the '90s that you'd make as much money on tour as you'd make selling records. Now you make one tenth of that money on record sales or streaming. The biggest problem with the new record business is I don't know who the fans are. Fans are the people who will actually pay for something. (Like) pay for a ticket. I don't really care so much if you won't pay for an album anymore — I've kind of understood that that horse has bolted — but if I don't get you to pay for a ticket, then you're not really a fan of mine. And so, therefore my band won't make any money, and they may, at the age of 33, have to look around and go, 'it's time to join Uncle Simon's car dealership down the street'."

It's no secret that the ever-changing music industry has resulted in a major decline in album sales, while music streaming services continue to rise in profits. Music streaming services such as Apple, Spotify and Tidal, to name a few, have become one of the most effective distribution channels for the music industry. Rather than owning music, music lovers care more about convenience – which means having a library of their favorite songs.

Metallica's drummer Lars Ulrich has openly expressed his support for streaming service Apple Music, since it pays the artist for streaming their music. Thanks to Taylor Swift's open letter to Apple, musicians are even paid during the 3-month trial period.

Mensch's comments are particularly interesting in regards to Metallica. In March 2015, it was revealed that Metallica as a band is in massive debt and is therefore pretty much forced to tour every year. And for Metallica, one of the most lucrative places in the world to tour is Europe. So even though they would all probably prefer to be home relaxing, the band packs up every year for a few months and hits the road. Why is Metallica in so much debt? According to their biographers, a big part of the problem is the $32 million movie "Through the Never" that Metallica self-financed. The movie eventually grossed $8 million worldwide. So ya, unless the band members want to cut personal checks to pay down the debt, you better believe they will be playing show after show in Europe for many years to come.

So what's the lesson here for aspiring musicians? Forget music sales. Concentrate on being amazing live performers. And do not spend $32 million of your money on a movie that no one goes to see.