It's unfortunate, but it seems that MC Hammer is becoming more well known for his financial troubles than his rap career. It's easy to forget now, but Hammer, born Stanley Kirk Burrell, is one of the best-selling rap artists of all time. His debut studio album, Please Hammer Don't Hurt 'Em, was the first hip-hop album to ever be certified Diamond by the RIAA (and remains one of only seven hip-hop albums to be certified Diamond), while Hammer has sold over 50 million records in total worldwide. Despite Hammer's success on the charts, his excessive spending put him in a major financial hole that he is still attempting to get out of, but it seems that the hole just keeps getting deeper.

In a case that dates back to 2013, an appeals court ruled that MC Hammer owes the IRS $800,000 in taxes from as far back as 1996. The court made the ruling on Dec. 17, and while this is not the first time the appeals court has ruled against the 53-year-old Hammer, this time, the decision is final. The court stated in the ruling that the IRS committed no wrongdoing when they asked the California-bred rapper for the $800,000 back in 2013, and that the decision does not do any wrongdoing to the rapper. 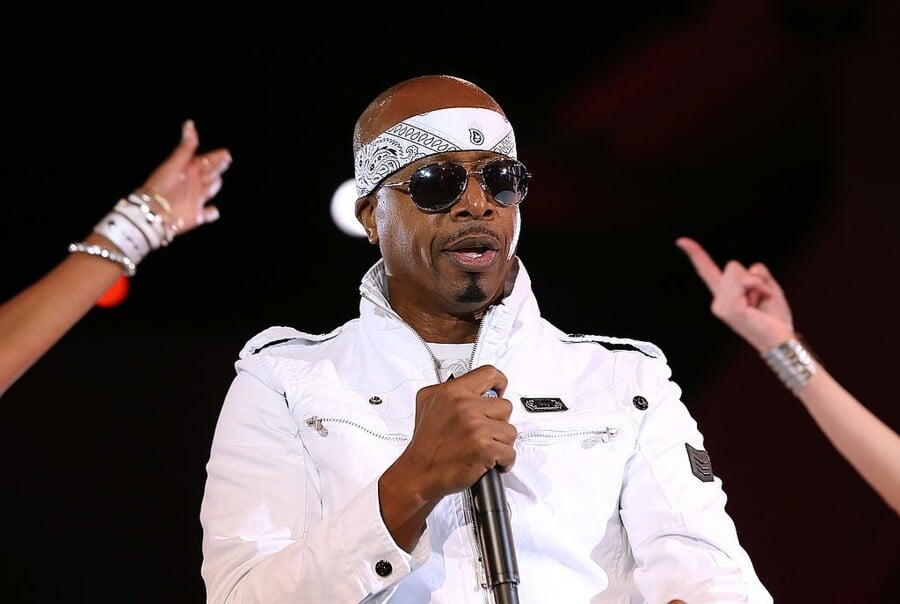 Hammer's current financial troubles can be traced back to his lavish spending during the height of his popularity in the 90s. After making a reported $33 million ($50 million today when adjusted for inflation) in 1991 alone, Hammer seemed to be on a mission to spend it all as quickly as possible. Hammer reportedly kept a staff of 200 people to handle essentially every task one can imagine, and rolled around with an entourage of 40+ people. He payed out over $500,000 a month to his staff. He bought a $30 million mansion in California, which included gold-plated gates, two swimming pools, Italian marble floors, a recording studio, 17-car garage, and more.

And that's not all. He established Oaktown Stables, where he housed roughly 20 thoroughbred racehorses, one of which finished third in the 1992 Kentucky Derby. He also spent millions on luxury cars and a private jet. And on a much less glamorous note, he spent a large chunk of his money settling lawsuits, such as the "Super Freak" bass-riff case with Rick James, in which he agreed to credit James as a co-writer on Hammer's "U Can't Touch This," which entitled James to a large cut of the royalties.

With all of that money he was spending, you would think Hammer would have hired a financial wizard as his accountant, to keep track of his expenses. That wasn't the case. He hired his brother as his manager, who had no prior financial experience. All in all, Hammer blew through a whopping $50 million between the years of 1991 and 1996 ($73 million in today's dollars), which led him to file for bankruptcy in April of 1996. It seems that Hammer has been fighting with the IRS ever since.