Mariah Carey's 2016 was quite the roller coaster. While it appeared at the outset of the year that she found love with billionaire James Packer after they became engaged, the relationship quickly soured after the couple called off the engagement and engaged in a public war of words. Carey quickly rebounded though, as she is rumored to be in a relationship with Bryan Tanaka, one of her backup dancers. While it appeared that Carey would be ending 2016 on a high, her disastrous performance during New Year's Eve made her the butt of jokes on social media worldwide as the clock struck midnight and into New Year's Day. Carey, never one to bite her tongue, criticized the production company behind the performance afterwards, and as a result may end up starting 2017 with a huge legal battle.

Carey's performance during New Year's Rockin' Eve this past Saturday caused quite an uproar on social media. The New York native stopped singing during her performance while the backing vocals kept playing, blaming the issues on sound difficulties. She can be heard saying "we can't hear," during her performance, as she stood still while her backup dancers continued to dance. The performance was widely lambasted by many, many calling her the final victim of 2016, referring to the large amount of celebrities we've lost this year.

Carey and her team though, claim that the fiasco wasn't the singer's fault at all. In fact, they reportedly claim that the performance was "sabotaged" by the production company behind the performance, Dick Clark Productions, in order to help their ratings. According to a report from Page Six, Stella Bulochnikov, Mariah's manager, wrote a scathing letter to Mark Shimmel of Dick Clark Productions which claimed that the company "did not set [Carey] up to win," and that the company "kept ignoring" Carey's complaints of her sound gear malfunctioning. 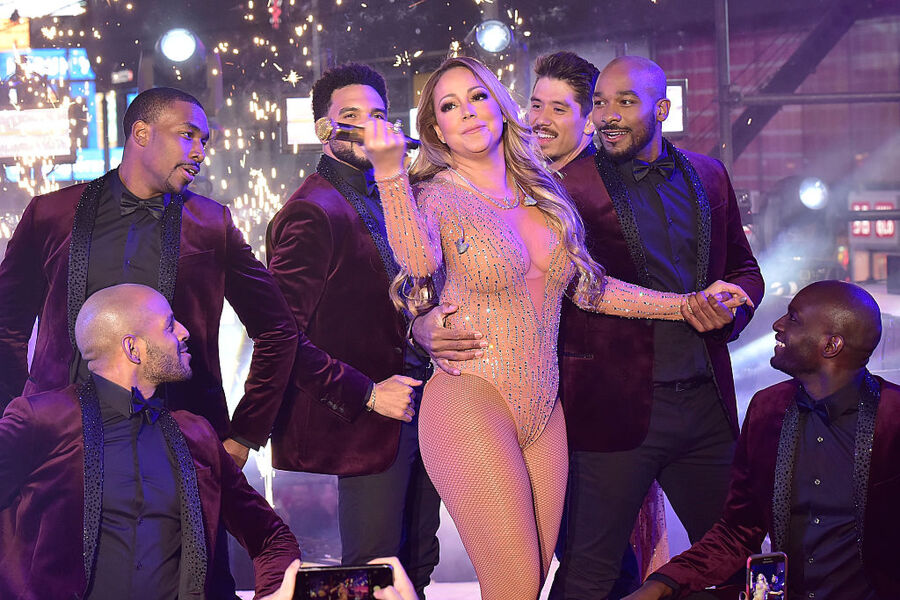 Bulochnikov went on to say that she should have pulled the "Emotions" singer off of the stage and that the entire situation was "sabotage."  Carey's manager says that she doesn't think the company deliberately made Carey's gear malfunction, but that they made no effort to fix the equipment once they saw that that Carey was floundering.

She ended off the letter by saying that she wants a "formal apology" from the company and that Carey may end up filing a lawsuit against Dick Clark Productions if the company doesn't apologize.

Dick Clark Productions isn't taking Bulochnikov's accusations lightly. They fired back with a response of their own. The company released the following statement, "In very rare instances there are of course technical errors that can occur with live television, however, our initial investigation has indicated that DCP had no involvement in the challenges associated with Ms. Carey's New Year's Eve performance."

The company calls Mariah's claims of sabotage "defamatory," and added that the claims are "outrageous and frankly absurd."

Could a lawsuit be brewing between these two parties? We will keep you updated.