Logic Made $17 Million Over The Past Year

Logic is without a doubt one of the most popular artists in hip-hop today. With two No.1 albums under his belt already and undoubtedly looking for his third with the recently released 'Young Sinatra IV,' the Maryland native has turned himself into a mainstay on the radio and on the charts. Throw in a new recording contract and a few endorsement deals and it shouldn't come as much of a surprise that that the 28-year-old wordsmith found himself among one of the top 20 earning hip-hop artists over the course of the past year.

While Logic (real name Sir Robert Bryson Hall II) has been a mainstay on the hip-hop blogosphere for years, 2017 was without a doubt his biggest year. Much of that success can be attributed to his hit single "1-800-273-8255," featuring Alessia Cara and Khalid, which eventually reached the top three on the Billboard Hot 100, becoming Logic's highest charting single to date. The impact of the song was wide ranging, spiking calls to the National Suicide Prevention Lifeline, garnering Grammy nominations, and making Logic a household name in the process. 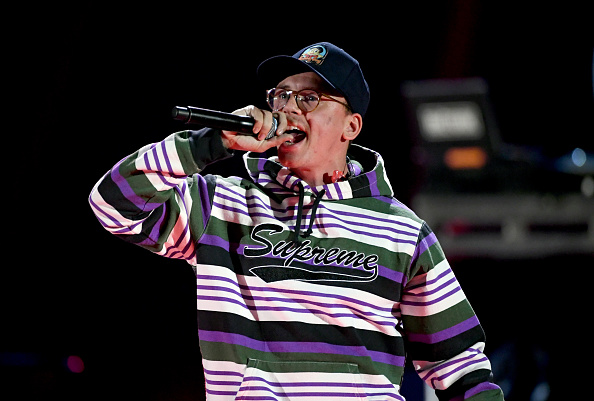 According to Forbes, the Maryland native earned $17 million over the course of the past year. In addition to performing at a variety of festivals over the summer, Logic became one of the faces of Sprite's Fresh Faces campaign, which undoubtedly made him some coin. But what probably netted him the most money was his new deal with Def Jam.

On his 'Bobby Tarantino 2' project, Logic confirmed that he signed a new deal with Def Jam, claiming that the deal was worth $30 million. Since then, some outlets, most notably TMZ, claimed that the deal was likely to be more in the $10 million range.

Whatever the case may be, Logic is definitely raking in the cash after his big year, and is looking to make more over the course of next year.