Lil Wayne has been involved in so many lawsuits this year that he may have to set up a permanent residence in a courtroom. Whether it is the $51 million lawsuit he filed against Birdman earlier this year, the $1.8 million lawsuit he lost regarding an unpaid private jet bill, or the $96,000 lawsuit a pyrotechnics company levied against Wayne over an unpaid fireworks bill, Weezy has had his hands full, when it comes to court battles. Well, Wayne better make some room on his plate for yet another lawsuit, and this time, it has to do with his clothing brand, Trukfit.

A woman named Shanise Taylor is suing the New Orleans-bred rapper for stealing an image of her, and putting the image on Wayne's Trukfit shirts without permission. Taylor says that though she did participate in a photo shoot session in 2011, she did not say that Wayne could use the images for his Trukfit shirts. 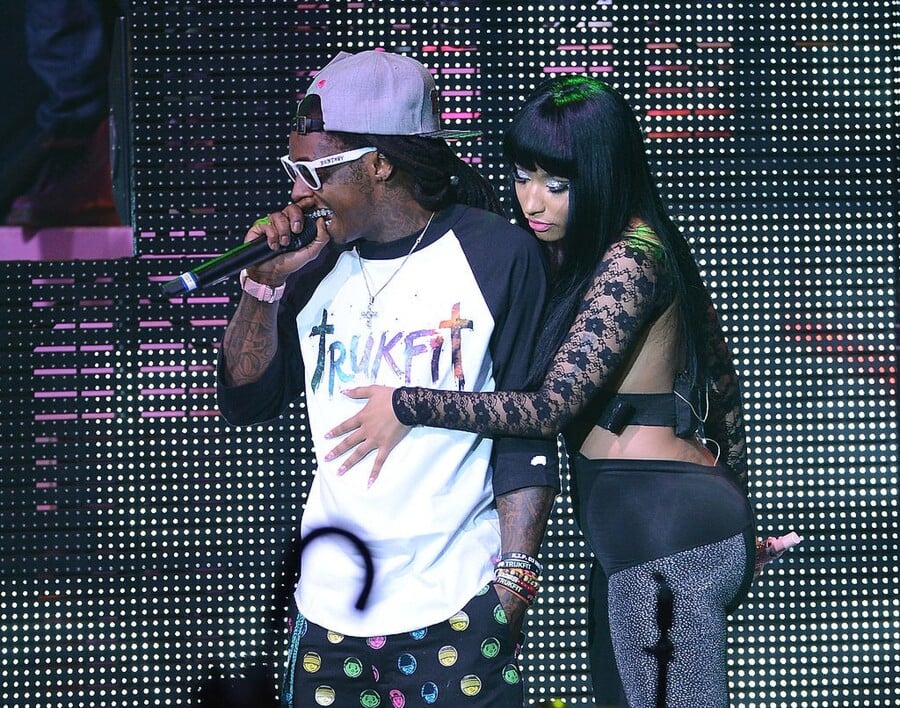 Taylor, who says that she is not a professional model, says that on top of her not authorizing her image to be on the shirt, the photo is doctored. Taylor says that the original, un-edited photos of her were taken with her underwear on. The shirt in question makes Taylor look like she is not wearing any underwear.

In addition to claiming she never agreed for her image to be on the shirts, Taylor also added that she would never want her image to appear "on apparel associated with misogyny and violence." Taylor has tapped Miami-based law firm, Mase Lara, to take on Lil Wayne. Lil Wayne's reps had no comment when asked about the lawsuit.

Whether or not Wayne will find a way to beat this case remains to be seen. Well, at least No Ceilings 2 is out.