If you want to make a ton of money, being a musician might not actually be such a great career to choose. For the majority of musicians, living off of your own music can be a monumental struggle, with simple tasks such as paying rent being huge accomplishments. But for a very small percentage of musicians, one performance can bring a payday that is well above what the average American makes in a year (or more!). They are the 1% of the musician world. And then there's Lil Wayne.

Lil Wayne is undoubtedly one of the most popular and successful rappers of the last 10 years. With hits such as "Lollipop," "A Milli," and "She Will," the 32-year-old rapper remains a hot ticket in almost any city he performs in. But how much exactly would it cost you to obtain Weezy's performance services… for 15 minutes?

According to recent contract and tour rider for one of his upcoming club shows, Weezy earns $110,000 to perform for fifteen minutes. FIFTEEN MINUTES. Assuming that each song he performs is about three minutes long, that means for just five songs, Lil Wayne will receive six figures. Now if that's not the good life, I don't know what is. 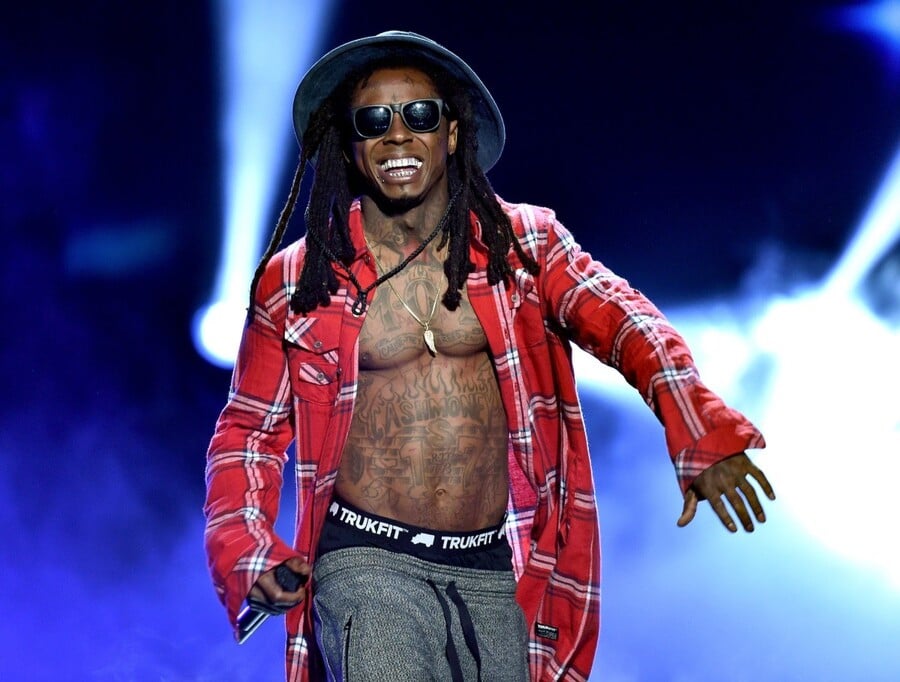 Lil Wayne's seemingly outrageous fee for a fifteen minute performance got us thinking: How much does it cost to book other rappers? And which musician demands the highest performance fee? Although, to be fair, the earnings figures below will likely buy you much more than 15 minutes. Let's take a look:

Yes, Rakim, legendary New York emcee and one of the pioneers in the rap game, can be had for a bargain when compared to Weezy's six-figure fifteen minutes. $20,000 seems like a steal to book one of the greatest rappers of all time.

If you have ever been to a Tyler The Creator show, you would know that the guy brings 110 percent to the table. $60,000 seems about right for a guy that delivers a great live show.

The man has hits for days, and is compensated as such. Though not as much of a bargain as Rakim, 100 Gs still doesn't seem that bad when compared to FIFTEEN MINUTES of Wayne. No complaints here.

Nicki is the Queen of Hip-Hop right now, bar-none, and with that comes compensation fit for a Queen.

Kanye West's live shows are a spectacle, and with a discography of hits spanning over the course of the new millennium, the "greatest living rock star on the planet" (his words, not ours), gets paid a hefty fee to hit the stage.

During last year's 'On The Run Tour' with his wife Beyonce, the duo made close to $4 million per show. Split that between the two of them, and that gives Hov a cool $2 million a show. Jay Z just keeps on winning.

Though Jay Z made close to $2 million a show during last year's 'On The Run' tour, he doesn't average that amount. Prince on the other hand, demands anywhere from $1.5 – $2 million a show. Makes Lil Wayne's 15 minutes seem like chump change now, doesn't it?