The beef between Birdman and Lil Wayne has been well-publicized. Earlier this year, Weezy filed a $51 million lawsuit against the Cash Money Records head honcho, claiming that Birdman has refused to pay him a majority of the money he is owed for the recording of his yet to be released Carter V album, among other things. Now, there is new information in the lawsuit that reveals that Wayne may not have been the only artist on the roster getting screwed over.

According to Lil Wayne's lawsuit, he has letters from representatives of fellow Young Money artists, Drake and Tyga, that claim that the two artists have been robbed of a fortune. In addition, Nicki Minaj's representatives claim that Nicki's producers have been shortchanged by the label. Wayne's Young Money group operates under the Cash Money Records label, and according to the lawsuit, Wayne says that it is the label's responsibility to pay producers.

In addition to the aforementioned allegations, Young Money also claims that they were supposed to receive a large portion of a $100 million advance from Universal, but that the advance went straight to Cash Money, and that they have yet to receive any money from that advance. 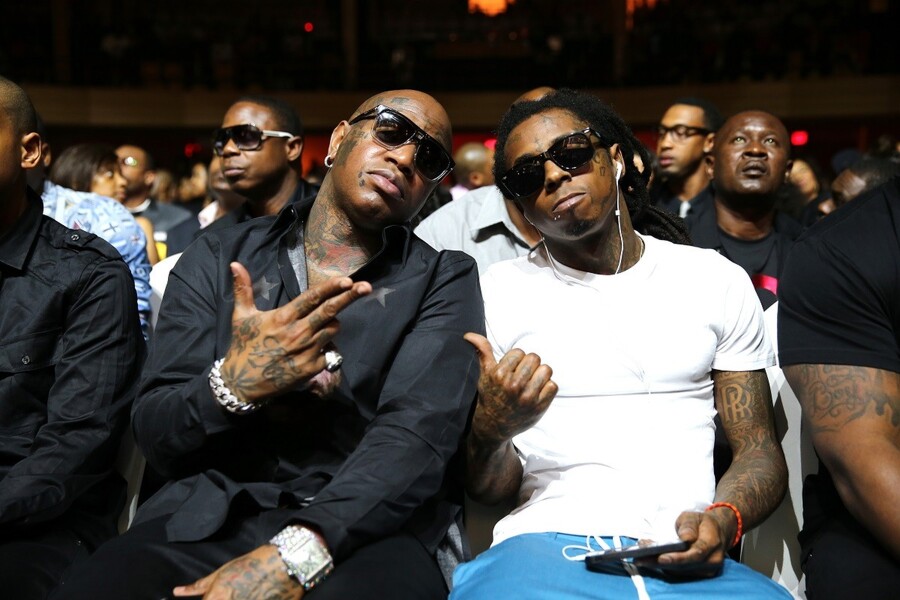 Cash Money Records though, refute the claims made in Wayne's lawsuit. According to the label, they gave Wayne a $20 million advance for Young Money back in 2012. In addition, they say that they gave Wayne $12 million for his Carter V album, and that they also gave him an additional $70 million in advances, marketing, royalties, and other costs related to recording for Young Money artists. They also claim that Wayne's Young Money team was supposed to have recorded 21 albums over the course of seven years, but they have only recorded a grand total of 13.

Wayne's claims of screwing over Young Money's artists may be validated by the fact that two Young Money artists; Drake and Tyga, have released surprise projects over the course of the past year. Drake originally intended to release If You're Reading This, Its Too Late as a free mixtape before the label stepped in at the 11th hour and decided to have the album count towards his Cash Money deal album total; likely because they knew that the album would sell very well, and they wanted a piece of that revenue. And Tyga's The Gold Album: 18th Dynasty was released with no warning this past June, this after tweeting in October of last year that his album was finished, that the Cash Money label was holding him "hostage," and that he was contemplating leaking the project.

This fight between Wayne (and now all of Young Money) and Birdman doesn't look like it's ending anytime soon.