Amidst the ongoing legal war with Cash Money Records and its CEO Bryan "Birdman" Williams, Lil Wayne has been cooking up something special in his hometown of New Orleans for his true fans who were there before the Young Money rapper made it mainstream.

According to several reports, Lil Wayne and the former New Orleans hip-hop quartette, the Hot Boys, are set to hit the stage together during the Aug. 28 festival in Champions Square.

While he has yet to reveal the remaining lineup of artists for the festival, Lil Wayne will host the 'Lil WeezyAna Fest' and reunite for a rare performance with Juvenile, Turk and Mannie Fresh (who produced all of their albums). 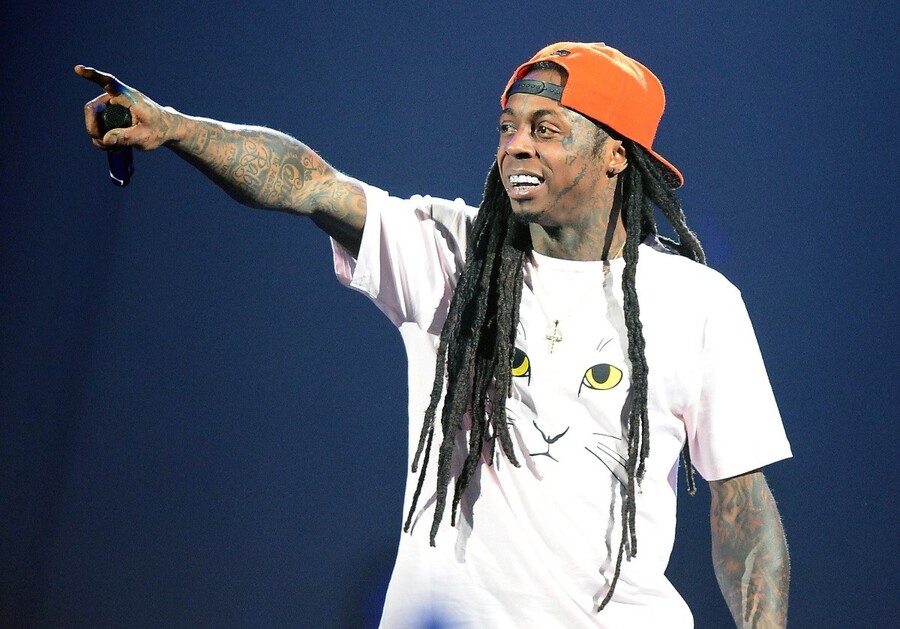 Unfortunately, one member of the group is left out of the upcoming show – B.G. – who is currently serving a 14-year federal prison sentence for an arrest in 2009 for gun possession and witness tampering.

Together, the Hot Boys recorded three studio albums – Get It How U Live! (1997), Guerilla Warfare (1999) and Let 'Em Burn (2003). B.G. and Juvenile were the first members to acquire regional success before the official formation of the group.

The Hot Boys made their first official feature on B.G.'s third album, It's All on U, Vol. In 1997, the group released their debut album Get It How U Live!, selling more than 300,000 copies and peaking at #37 on Billboard's R&B/Hip-Hop Albums Chart.

Cash Money Records went from an independent label with little recognition to grabbing the attention of label executives from Universal Records – signing a $30 million pressing and distribution deal with Universal Records in 1998. With the release of Juvenile's 400 Degreez, which was certified 4X Platinum by the RIAA, the label was on its way to gaining credibility in the music business.

The label's in house producer was Mannie Fresh. His magic on the beats coupled with the member's gangster appeal and fresh lyrics, garnered much Billboard chart success: Juvenile's "Back That Azz Up" (#19), B.G.'s "Bling Bling" (#36), and the Hot Boys' "I Need a Hot Girl" (#65).

Eventually, all of the members went their separate ways, except for Lil Wayne, who stuck with the label that led to the birth of Young Money Entertainment. While Wayne obviously was the only former Hot Boy to rise to fame on a larger scale, with a current net worth of $140 million, life wasn't so bright for the rest of the crew. Based on our latest reports via CNW:

After officially leaving the group in 2002, Juvenile launched his own label, UTP Records. However, he returned to Cash Money Records a year later, releasing his album "Juve The Great," which featured hit song "Slow Motion." In the 2005, following the devastation of Hurricane Katrina, Juvenile moved back to Atlanta to aid in the raising of funds and supplies to help Hurricane Victims. Then in the spring of 2006 he returned to New Orleans. That same year Juvenile released his album "Reality Days," which became his first album to hit number one. Juvenile had a daughter, Jelanie, who was tragically shot and killed at the age of 4 in 2008 along with her mother Joy Delston. Juvenile has been seen in various low-budget films such as "Baller Blockin," "Hood Angels," and "New Orleans Exposed."

In 2001, B.G. left Cash Money Records, claiming a financial dispute with owners Birdman and Ronald "Slim" Williams. He later formed his own label, Chopper City Records. In November 2009, B.G. (Christopher Dorsey) was arrested in Covington, Louisiana after police pulled him over in his Chevrolet Tahoe for a routine traffic stop. In an eventual search of the vehicle, police reportedly found three guns, two of which had been reported as stolen. There were also two gun clips, magazines and illegal drugs. He was ultimately sentenced to 14 years in federal prison in July 2012.

In 2001, Young Turk split ways with Hot Boys and in June the same year he released his solo debut album, Young and Thuggin on Universal Records. This release became a Top 10 hit on the Billboard 200 and became Gold in the United States. Shortly after, he inked a deal with producer Ke'Noe at Laboratory Recordz and released two albums Raw & Uncut (2003) and Penitentiary Chances (2004). 2005 was the year when Turk was sentenced to 10 years of imprisonment under federal charges of being a felon in possession of a firearm, a fugitive from justice in possession of a firearm, and an unlawful user addicted to a controlled substance in possession of a firearm. Even though Turk's sentence was changed to 14 years, he was released from prison in October of 2012 after almost nine years of captivity.