When it comes to achieving success in the music industry, we hear that artists oftentimes have to compromise themselves in very degrading ways and remain silent. Well, enough is enough for pop sensation Kesha; she is willing to jeopardize her relationship with both her longtime music producer Dr. Luke and record label Sony in order to get the justice that she feels she deserves.

To start things off, last October, the 'Tik Tok' artist filed a lawsuit against famed producer Dr. Luke, claiming that he forced her to snort unknown substances, while sexually assaulting her for more than 10 years. But that's not it. 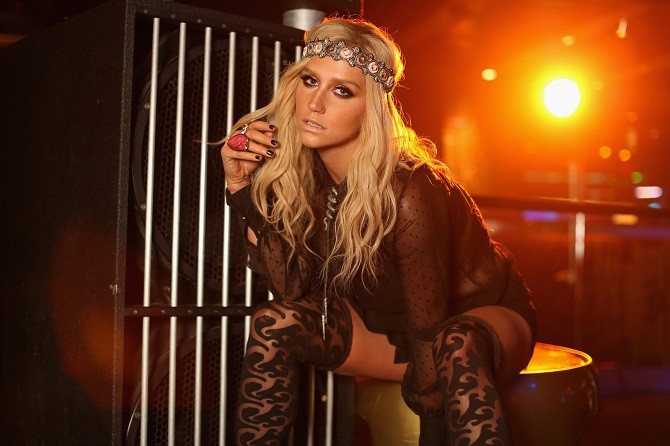 According to Kesha, Lukasz "Dr. Luke" Gottwald, verbally abused her by constantly insulting her appearance, which exacerbated her struggle with bulimia. Consequently, she sought treatment for the eating disorder in January 2014.

However, the hit-maker, who has produced hits for a variety of artists in the game, is not going down without a fight. Filing a countersuit to Kesha's allegations, Dr. Luke's argument is that Kesha was attempting to get out of her recording contract through an extortion plan and that the allegations are defamatory. According to an E! News report, Luke's lawyer responded with the following statement:

"Kesha's lawsuit is a spectacular and outrageous fiction that will go down in flames. As the truth emerges, this sad and misguided smear campaign will only hurt Kesha," Luke's lawyer Christine Lepera told E! News. "This is hardly the first time that Kesha and her mother have threatened Luke with an extortionist scheme to ruin his reputation publicly unless he let her out of her contract. She did the same thing years ago."

She has amended her previous lawsuit against Luke and added Sony Music as a defendant, claiming that the label knew all about his abusive nature for years and deliberately did nothing about it because of its desperate need for more talent to be added to its roster.

Here are her exact words, according to a document obtained by The Hollywood Reporter:

The 28-year-old singer went on to say that the American record producer seeks vulnerable female artists who are beginning their career and dependent upon a hit single produced by Luke. She also says that there are more victims of his abusive behavior from the label, which names remain anonymous.

You begin to wonder what really happened to these artists behind closed doors, and whether it will harm their careers. For now, we can only speculate and draw our own conclusions based on no known facts.