Iconic rock band Led Zeppelin is in the news again, and not just because former members Robert Plant and Jimmy Page are each planning a 2016 tour. Rather, a lawsuit claiming the group stole the opening riff to one of its most famous songs from the lesser-known band Spirit has again reared its head.

The surviving band members, Jimmy Page, John Paul Jones, and Robert Plant were each deposed recently as part of a copyright infringement case for the song Stairway to Heaven, often recognized as one of the greatest rock songs of all time.

We previously wrote about the copyright infringement lawsuit back in 2014. The lawsuit, brought against the group by the estate of Spirit guitarist Randy California (who died in 1997), claims Led Zeppelin stole the opening sequence of Stairway from Spirit's song Taurus. While the openings to the two songs do sound similar to many listeners, Led Zeppelin has maintained that despite touring with Spirit for over a year in the late 60's, the creation of Stairway was completely original and was in no way pilfered from, or inspired by, Taurus. 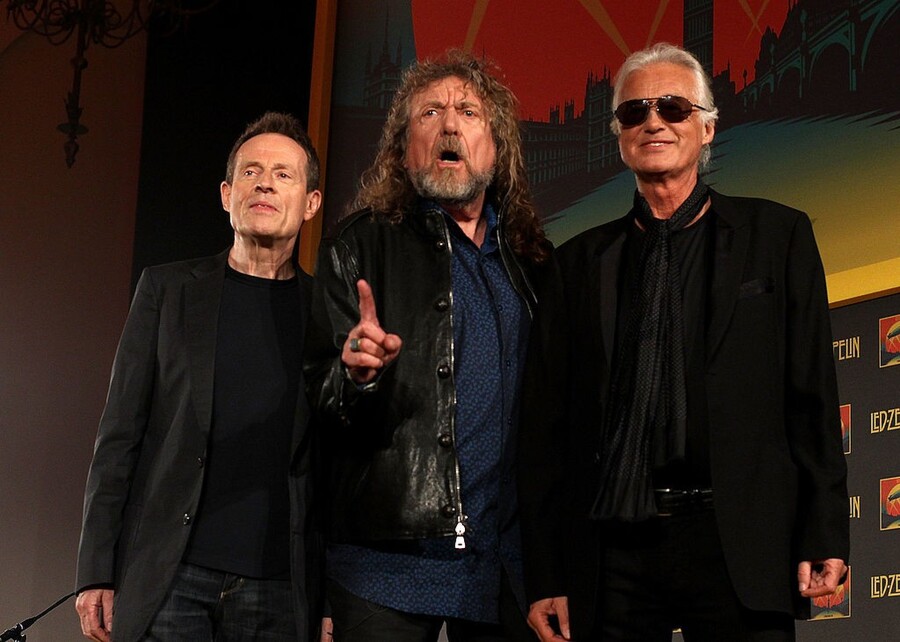 This lawsuit has considerable monetary stakes. The song, which was never released as a single, is on the band's unnamed fourth studio album, which has sold over 37 million copies since its release, according to Billboard. According to Bloomberg, it's estimated that the song has helped generate over $562 million in royalties and record sales since its release, and with the recently remastered albums, planned tours, and licensing opportunities, there is still a lot of money to be made. If the plaintiff wins, the estate will be entitled to a portion of royalties earned from the past three years, plus all royalties going forward, a sum which could net in the millions of dollars.

That is, of course, if it's proven that Led Zeppelin song writers Plant and Page did indeed plagiarize California's Taurus. According to Bloomberg, Page reportedly told the judge during his deposition that he didn't remember much of what happened to him or his band during the 60's and 70's, but that he was sure he and Plant alone wrote Stairway.

The band is also alleging they're not really sure exactly how much money they've made off of Stairway. They've basically said, "Figure it out yourself," by dumping over 40,000 pages of financial records on the plaintiff's lawyer's desk. As a result, the lawyer representing California's estate asked the judge to move the trial date from May 2016 to July in order to dig through the information, per Bloomberg. Not so fast, says Plant, who wants to keep the trial date in May as he has already booked his tour dates around the trial. Whatever the judge decides, we'll keep you updated on the latest developments every step of the (stair) way.