When it was announced last year that Lady Gaga would be the halftime performer for Super Bowl LI, many people responded with indifference. While the 30-year-old songstress racked up plenty of hits early on in her career; her 2008 debut, The Fame, her 2009 EP The Fame Monster and 2011 album Born This Way, each spawned at least two top-five singles, she has struggled to remain as relevant as she was when her career started. Many also wondered whether she would use the halftime show as a platform for her to push some of her more recent works, or whether she would remind people of the massive string of hit singles she produced. After starting her set off with a rendition of "God Bless America," Gaga decided to go with the latter, rattling off a string of hits that included "Poker Face," "Born This Way," "Telephone," and of course, her debut single "Just Dance." As a result, the show drew overall favorable reviews from many who watched, and it also compelled many to buy her music; a lot of it.

Gaga sold more than 125,000 song downloads on Super Bowl Sunday, which was up 960 percent from the day prior. Gaga's biggest selling song on Sunday was "Million Reasons," the second single from her latest album, Joanne. The song was downloaded over 45,000 times on Sunday, which already has given the song its best sales week ever. The song's previous biggest sales week was the week ending Dec. 8 2016, when it was downloaded 44,000 times. 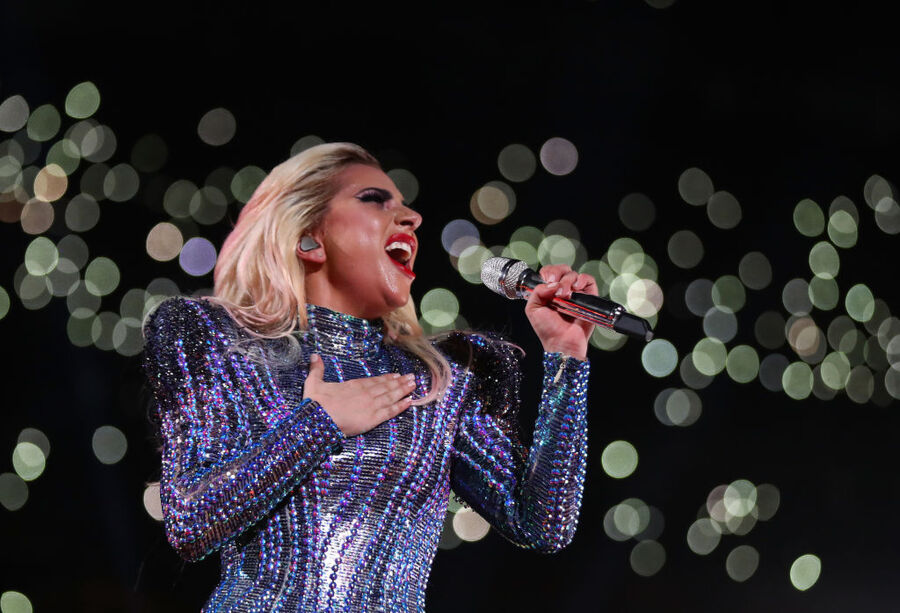 Gaga's aforementioned Joanne album was also the most purchased Gaga album on Sunday, downloaded over 12,000 times, which accounted for a whopping 1,077 percent increase from the previous day, when it sold just over 1,000 copies. Sunday's sales of Joanne alone would have been good for its best sales week in over a month (18,000 digital and physical copies of the album sold in the week ending Dec. 29, 2016).

Gaga's second best selling album was The Fame Monster, which sold 6,000 copies on Sunday, and sold almost no copies the day prior.

NFL spokesperson Joanna Hunter told Forbes early last year that they do not pay the artists, and it's easy to see why. Performing at the Super Bowl clearly did wonders for Gaga's album sales.