When Kendrick Lamar was only eight years old, he watched 2Pac record the music video for "California Love" right down the street from where he grew up in Compton, Calif.

Lamar credits that moment as inspiring his rap career. While 2Pac's song was primarily about partying and excess, Lamar has plenty of tracks that go much deeper than that. His lyrics, which often dive into racism, inequality, and violence, have helped him earn seven Grammy Awards. When he was given a key to Compton earlier this year, the city's mayor said his music "challenges the status quo and motivates listeners to rethink our society's institutions."

On top of his excellent writing, Lamar is also one of the most generous guys in hip-hop, constantly giving back to his community through his work and music. Let's take a look at just a few of the incredible things he's done. 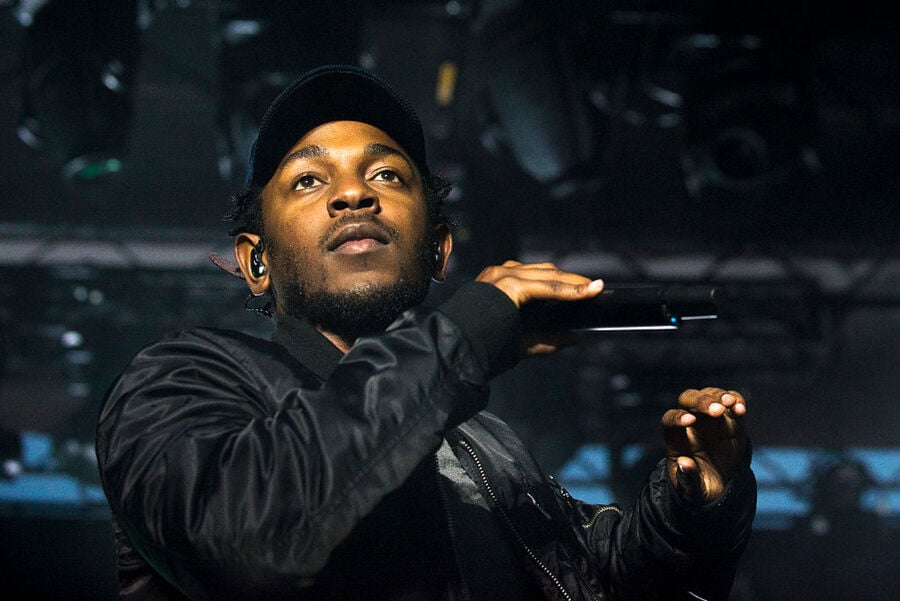 Lamar regularly visits his hometown, donating hundreds of thousands of dollars to the Compton Unified School District's music, sports, and after-school programs in order to help keep Compton students in the classroom and off the streets. He's also used his power as a role model to help promote music, giving $50,000 to his high school music's program.

He received the 35th "Generational Icon Award" from the California State Senate for his tireless efforts and donations to schools and programs in his hometown. After being presented the award by State Senator Isadore Hall on the Senate floor, Lamar shared a part of his motivation: "Being from the city of Compton and knowing the parks that I played at and neighborhoods, I always thought how great the opportunity would be to give back to my community."

Lamar has spoken about being a role model on numerous occasions. He often emphasizes the importance of mentorship and encourages young boys and men of color to seek both mentors and mentees. He is a supporter of President Obama's My Brother's Keeper Initiative, which connects cities, businesses, and foundations with young people to provide mentoring, support networks, and the skills needed to find a good job or go to college and work their way into the middle class.

Another great way to network? Attend events where there are lots of influencers and important people present. During this year's Grammy Awards, arguably music's biggest night of the year, Lamar brought six high school students from Centennial, his alma mater, backstage with him. In addition to being up close and personal with some of the most popular artists in the industry, Lamar took the time to chat with the students about what music means to him while answering their questions. It was a once in a lifetime opportunity for the group of giddy students, who called it one of the best moments of their lives.

Onstage, Lamar performed his set as part of a chain gang in front of a backdrop. He took his performance opportunity to create conversation around mass incarceration and racism in the United States. 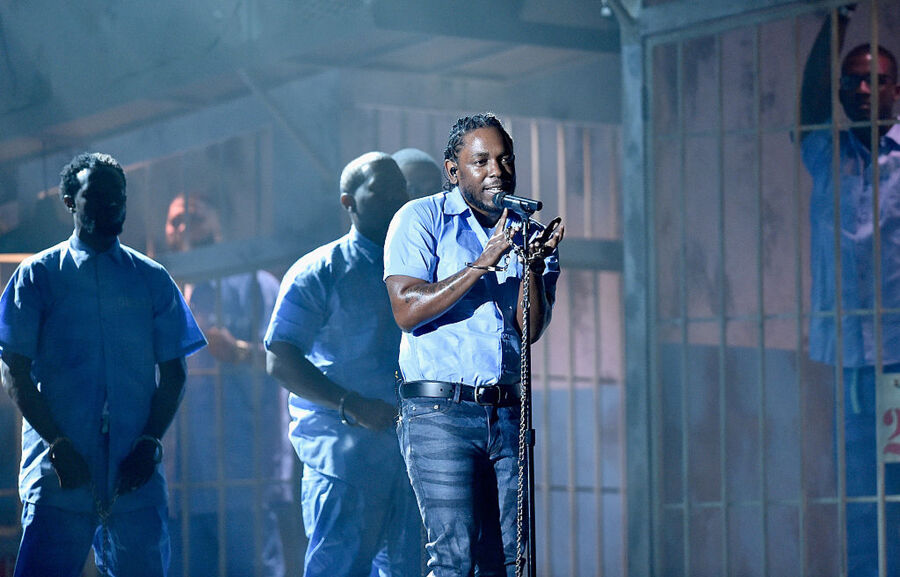 Seeing a Kendrick Lamar concert is truly worthwhile. Not simply only because of his great talent and seemingly endless charisma but also because you just may witness an incredible act of genuine kindness unfold right in front of your eyes.

During one performance, Lamar saw a young fan getting emotional near the end of his set. "I see this young lady crying, and I'm thinking, she must be really going through something right now," he said after the show.

He invited her up onto the stage with him. It was then that he heard her murmuring "you saved my life." The fan admitted she was going to commit suicide, but her connection with Lamar's music saved her. The rapper invited her backstage after the show so she could share her story.

Lamar said he wanted to "bring her backstage and let her tell her story…let her know it's more than just me bringing you onstage – I actually feel you. Because that's why I do my music."

At another show, Lamar was performing the song "u" from his critically acclaimed album To Pimp a Butterfly. The song discusses depression and suicide and Lamar saw an audience member "singing [his] heart out" and pulled him onto the stage. As it turns out, the fan had just written an essay about the song, diving into its themes and the author's own struggles with depression. Getting to meet Lamar was inspirational; the fan's brother later commented that the encounter was a turning point in changing his life for the better.

While the majority of Lamar's work focuses on issues happening in his community and within the United States, he's done a lot of good overseas, as well. In 2014, he embarked on a five-stop world tour for charity, performing in Toronto, Moscow, Uganda, Haiti, and Compton. He partnered with Habitat for Humanity and used nearly all of the profits to help build homes in the developing countries he was visiting, as well as to start turning Compton from a drug infested city into a more businesslike town.

On top of that, Lamar has donated thousands of dollars to Red Cross and was the headliner for a concert benefitting homeless women, children, and people in need in India.

The accolades Lamar has received for his music have certainly been well-deserved. However, it's what he does outside of the studio that is particularly remarkable. He's helping to change lives, one bar and one selfless act at a time. His motto during his 2014 world tour was "It's a start." He knows he can't change things overnight, but something is better than nothing. It's a great reminder that it's tough to change the world on our own, but if everyone plays their part, we can do some truly amazing things.