Kendrick Lamar Becomes The Fifth Artist In History To Chart 14 Tracks, Simultaneously, On The Hot 100

Perhaps not surprisingly, Kendrick Lamar has managed to take the hip-hop spotlight away from Drake with his latest release, Damn. The album, which is Kendrick's fourth studio album, features guest appearances from Rihanna, U2 and production from Mike Will Made It, Sounwave, DJ Dahi, The Alchemist, and 9th Wonder. While many people expected the album to do well on the charts, it's fair to say that not many people expected Kendrick to pull off a feat that only four other acts have done in music history.

Every single song on Damn notched a spot on the Billboard Hot 100 chart this week, making him the fifth artist in music history to have at least 14 tracks on the Hot 100 chart at the same time. Damn reached 388.5 million streams in the United States in the tracking week ending April 20, with Lamar's popular single "Humble" collecting 67.4 million streams. "Humble" also became the No. 1 song in America this week, dethroning Ed Sheeran's "Shape of You" after a 12 week run at the top of the charts. This gives Kendrick Lamar his first No. 1 single as a solo artist (Taylor Swift's remix of "Bad Blood," which featured Lamar, also reached the No. 1 spot). 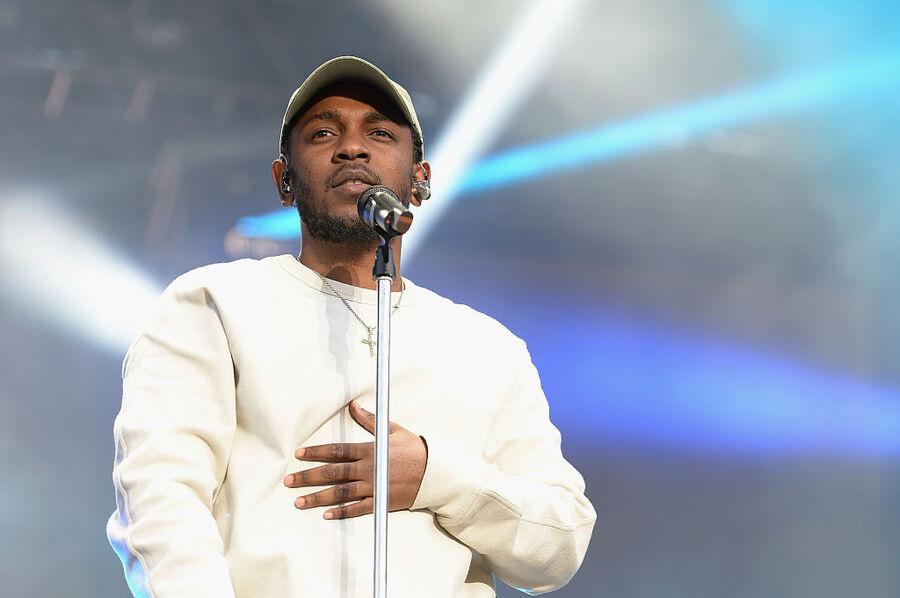 "Humble" experienced a 56 percent increase from the previous week, which is the single biggest streaming week for a song since Baauer's "Harlem Shake" notched 103 million streams in the week of March 2, 2013.

"DNA" landed at the No. 4 spot, with 51 million streams, giving Kendrick his fifth top 10 single of his career, and his second as a solo artist.

Congrats to Kendrick for this impressive feat.