Earlier this week, Kanye West cancelled the remaining stops on his 'Saint Pablo' tour. The announcement came after days of erratic behavior from the 39-year-old rapper that saw him abruptly end a show after performing just three songs in Sacramento, and and also saw him canceling a show at The Forum in Inglewood just hours before he was set to go on stage. It was reported earlier this week that Ye may have lost $30 million as a result of canceling the rest of his stops. But it is possible that he may not end up losing any money at all. How exactly?

Kanye West was admitted to UCLA Medical Center on Monday after a disturbance call was made to authorities. According to Kanye's personal physician, Dr. Michael Farzam, the rapper reportedly was suffering from "temporary psychosis due to sleep deprivation and dehydration," and had attempted to assault a staff member at a gym where he was working out. It reportedly took 2 hours to convince West to voluntarily seek medical attention, to which he complied. Kanye remains hospitalized at UCLA Medical Center. 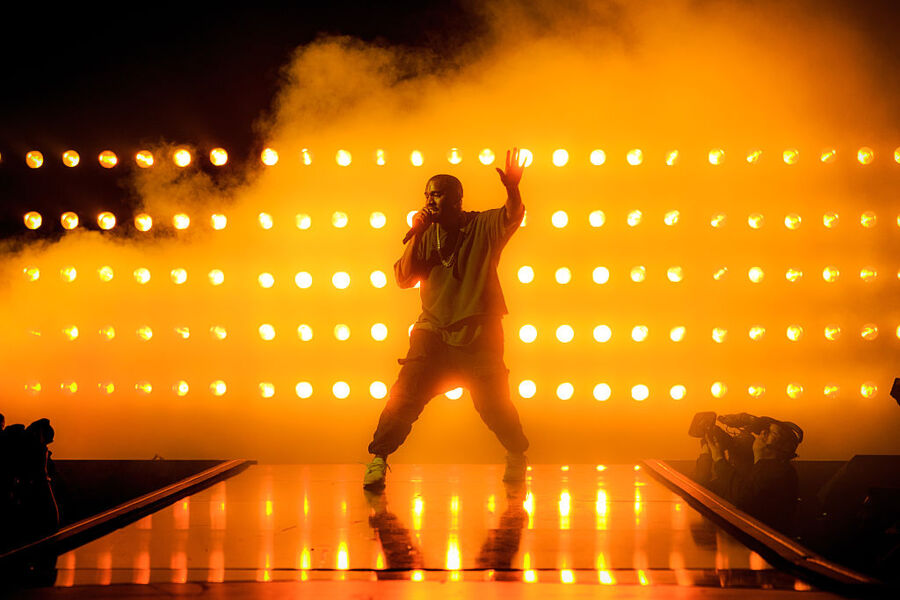 While this is clearly an unfortunate situation for Yeezy, there may be one positive that comes out of these unusual circumstances. According to TMZ, Kanye had an insurance policy that covered him if an illness prevented him from performing. The policy reportedly would pay him the money that he would make for performing, but it would also pay the money he would have to pay others if  "accident or illness… prevents any Insured Person from appearing or continuing to appear in any or all of the Insured Performance(s) or Event(s)."

On the surface, it appears that he may have grounds to file a claim under the policy. But, the insurance company does have the right to deny coverage to Kanye if they determine that he was suffering from a medical condition that he didn't disclose prior to the policy being issued, or if his illness was as a result of "unreasonable or capricious behavior."

While money is certainly important, let's all hope Ye gets his health back in order, first.